Perth indie punk-rockers Tied Down return with a punchy and soaring new single ‘Undefeated’. Featuring explosive drumming, powerful vocals and high tempo punk-riffs, the result is a masterful combination of all that Tied Down has become known for.

Building from the consistent sound delivered with previous releases, ‘Undefeated’ marks a powerful back up to their last single ‘Slow’ which similarly showcased their skillset and roots in the punk/rock genre. With this current release, Tied Down has proven themselves as being able to produce a nuanced and tastefully curated exploration of passionate, yet refined, high-energy music.

“Undefeated is a track armed to the teeth with fast paced riffs, explosive drumming, a driving bassline and a powerful vocal arrangement which we’ve become known for. Fighting against the challenges of daily life and an unwillingness to give up despite what’s thrown at you is what this track is all about. We want this track to uplift and empower anyone dealing with issues they feel are out of their control and have a feeling it will do exactly that!” Tied Down.

Crackling with energy, ‘Undefeated’ Is a cathartic exploration of resilience. The delicate balance between vulnerability and boldness will have you reminiscing on the tenderness of existence. A punchy 90s pop-punk instrumentation underpins this fiery single while delicately woven strands of instrumentation

Speaking of the process of making the music, Tied Down share unique insight into the collaborative efforts. “Undefeated started with a riff written by Kado (Rhythm Guitar) which saw Deano spring into action pretty easily on the drums. Once we marked out the progression and arrangement of the track, the rest of us latched on nicely. We already had the concept of writing a more up-tempo, uplifting track heading into this one so once Dolsy (Bass) and Steve (Lead Guitar) got their hands on it, it really started to take shape. I think CJ (Vocals) sat on it for a couple of days and sent all the lyrics through in the chat which hit home for all of us. All in all, we’re super proud of how Undefeated came about and the message it conveys.” Tied Down.

Tied Down are no stranger to the stage. Having supported Hands Like Houses on the WA leg of their national tour, they have further supported local legends South Summit and DICE to sold out crowds at Mojos and Milk Bar respectively.

The release of ‘Undefeated’ will be accompanied by a launch show in the main room of The Rosemount Hotel on July 16th. Supported by Angie Colman and Reins, Tied Down say of the launch “The Rosie has become a bit of a home for us over the years and we’ve got a really special setlist lined up to mark the occasion” Tied Down. 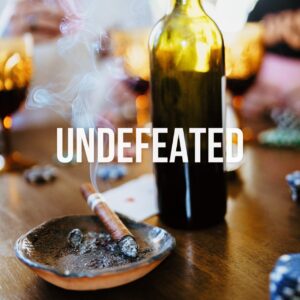 PRAISE FOR TIED DOWN

“The explosive and energetic Tied Down have melded a quixotic blend of punk, rap and indie-rock into their own unique sound”

“Bruised, delicate alternative rock that smoulders throughout with instrumentation that showcase a band who know how to harness their skills”

“Australia has long been a fertile breeding ground for great rock acts. [Tied Down] might be the latest group worthy of that title.”