THIS IS JUST A

THIS IS JUST A TRIBUTE will offer a diverse range of music by some of the greats that could tickle just about anyone’s fancy with Australian Rock Collective (Davey Lane ofYou Am I, Kram of Spiderbait, Mark Wilson of Jet, and Darren Middleton ofPowderfinger) headlining the festival playing songs from The Beatles.

“ARC are excited to present an all-encompassing magical mystery tour of the Beatles finest works, performed at an altitude higher than the Fab Four’s collective consciousness at the peak of psychedelia,” said Davey Lane (You Am I and ARC)

THIS IS JUST A TRIBUTE has been created for multiple generations of music lovers to enjoy. Delivering a brand new world-class and inclusive festival experience with an emphasis on the word FUN! Fun for you, fun for your friends and your family to come along and dance, throw your arms in the air and sing along to songs you know and cherish. Pay your respects to the band, the era and the tracks you’ve grown up with (or seen on Youtube!), whilst dressed up in your best vintage rock attire, at a purpose-built festival stage on the shore of Lake Jindabyne, in the beautiful Snowy Mountains, NSW.

“The event is also crucial to help the Snowy Mountains region as it recovers from the devastating double whammy impact of the Bushfires and COVID-19,” said Dan Morgan Co-Founder Second Sunday/This is Just a Tribute. He continues, “We encourage you to spend your Easter long weekend in the region and take in all of the incredible attractions and natural beauty that the area has to offer. As well as supporting local businesses in their journey back from the chaos of the past few years. And of course, joining us to witness arguably the greatest collection of iconic live music tracks ever performed on the one stage in this country! In our opinion, these are the greatest songs in the world. And This is Just a Tribute.”

Starring ICONIC Australian artists who are paying homage to the world’s biggest band and a line-up of internationally acclaimed Tribute Acts, they will be belting out nothing but bangers from the greatest artists of the last four decades. The soundtrack to your life just got a whole lot better with masterpieces created by The Beatles, Queen, U2, Fleetwood Mac, Oasis, David Bowie, ABBA, INXS, Crowded House, Pearl Jam and more! Faithfully performed and recreated live by musicians such as Australian RockCollective, Killer Queen, The U2 Show Achtung Baby, Live Baby Live!, Running In The Shadows Fleetwood Mac, FABBA, NOASIS, The Bowie Unzipped Band, TheCrowdies and The Australian Pearl Jam Show who love the music just as much as you do. At Australia’s first-ever major multi-day outdoor music festival dedicated to Tribute Acts, THIS IS JUST A TRIBUTE is All Killer. No Filler. Just the hits.

THIS IS JUST A TRIBUTE is supported by the NSW Government through its tourism and major events agency, Destination NSW and the Regional Events Acceleration Fund.

TICKETS ON SALE NOW FROMTICKET LINK HEREFULL LINE UP BELOW: 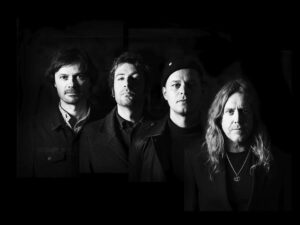 33 ARIA Awards, 16 top-ten albums and four of Australia’s most celebrated musicians—all brought together for one electrifying rock and roll experience. The Australian Rock Collective share a passion for rock and roll that spans decades. ARC features Australian legends Davey Lane of You Am I, Kram of Spiderbait, Mark Wilson of Jet, and Darren Middleton of Powderfinger. The group’s members remain key players in one of Australia’s most lauded musical dynasties. 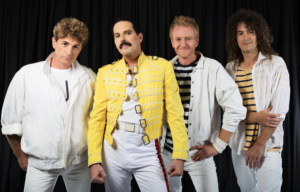 Since starting as a local Queen cover band in Brisbane in 2003, Killer Queen has evolved into an acclaimed and beloved international touring show. Over 800 shows in 10 countries, and every corner of Australia (even Uluru.) Killer Queen have taken their show to the UK, Norway, Singapore, and India and shared the bill with the likes of Jeff Beck, Foreigner, Journey, Twisted Sister, Thin Lizzy and Kelly Rowland.

THE U2 SHOW – ACHTUNG BABY 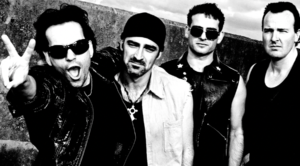 From Australia to Malaysia to Macau, South East Asia, New Zealand and The South Pacific, The U2 Show, Achtung Baby are regarded as one of the best U2 tribute acts in the world. The four-piece band, who not only talk the talk and walk the walk, but also sing the songs and bring their high intensity celebration of Ireland’s greatest rock stars. 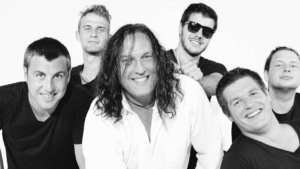 Live Baby Live! the INXS Tribute Show is the premier rendition of one of the most iconic bands in our national history. The show comprises seasoned professional musicians with a combined 100 years worth of experience. Live Baby Live! deliver a stunning replication of all the popular INXS tracks, performing songs from their first album all the way through to their latest hits. Frontman Guy Collingsis a natural-born performer and brings the late great Michael Hutchence to life on stage, bearing a striking resemblance in voice, delivery and presentation

RUNNING IN THE SHADOWS OF FLEETWOOD MAC 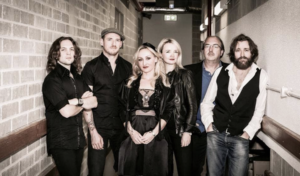 Fleetwood Mac have sold more than one hundred million albums worldwide and been inducted into the Rock and Roll Hall of Fame. The six-piece rock band explore Fleetwood Mac’s extensive back catalogue, covering all the classic ballads, blues and rock songs from their five decade plus career. Running In The Shadows of Fleetwood Mac show covers the best of Fleetwood Mac’s career, from the early hits from the music of Peter Green, through to the Rumours album era, spanning up to Tango In The Night. There is something for every Fleetwood Mac fan to enjoy. 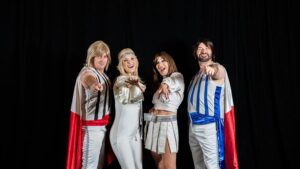 FABBA was established in 1996 to pay homage to the one and only ABBA . One of the 3 largest-selling recording artists in history. FABBA aim to continue sharing the music with arguably the most die-hard fanbase of any band the world has seen. The group are dedicated to replicating the ABBA sound, with a strong theatrical element to the show. FABBA promises to deliver an experience that is highly energetic, visually captivating, musically brilliant, audience engaging & always entertaining 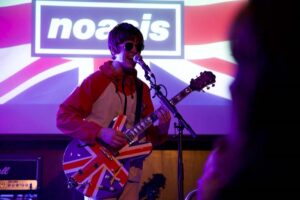 Originally formed in England in the 90’s, NOASIS have fast cemented themselves as the world-class Oasis Tribute Show. The band have continued to play sold out shows, performing to thousands in some of the country’s most iconic music venues – on both the Australian and International stage. See the boys perform all the anthems that defined an entire generation including Roll with It, Supersonic, Cigarettes & Alcohol, Morning Glory, Go Let It Out, Some Might Say, Gas Panic, HinduTimes, Don’t Look Back in Anger, Wonderwall and more. 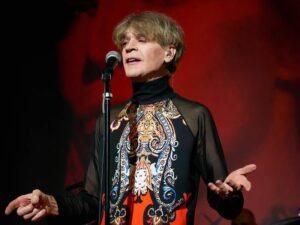 When JeffDuff took refuge in England in the eighties, he had, as they say, worn out his welcome in Australian rock. He was simply too much of a handful, this ‘waif with a wharfie’s voice!’ camping it up out front of his trail-blazing rock ensemble ‘Kush‘. At the time, Jeff’s androgynous stage persona, dressed in leotards, garish make-up and a touch of the operatics was considered far too outrageous for many Australian audiences. Jeff’s longtime admiration for DavidBowie eventually led him to stage the first ‘Ziggy’ show in the nineties, and now The Bowie Unzipped Band is regularly touring. The Bowie Unzipped Band features Australia’s best musicians including the legendary Jeff Duff on vocals and GlennRhodes on keyboards, bass and vocals, plus Australia’s finest drummers and guitarists. 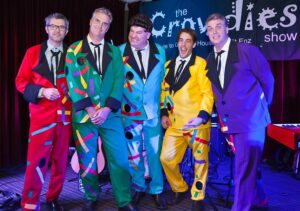 The Crowdies have entertained thousands of happy people at countless shows, locally, interstate and internationally. What sets them apart is close attention to detail. The Crowdies are an authentic Crowded House tribute – a costumed show paying precise attention to music parts and singing accents and perform similar on stage banter and comedic improvisation that Crowded House do. The group are composed of quality players including a keyboardist who has recorded and toured with Tim Finn from Split Enz & Crowded House. 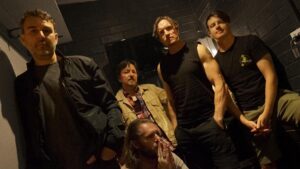 August 1991 Seattle. Pearl Jam releases their debut album Ten. Selling 13 million copies and prefacing the arrival of the Seattle Grunge Explosion, Ten launched Pearl Jam into the stratosphere and forever changed rock music. The Australian Pearl Jam Show relives all the excitement, intensity and killer songs from one of grunge’s most legendary acts. Alive, Jeremy, Daughter, Even Flow, Better Man, Given To Fly and many many more.