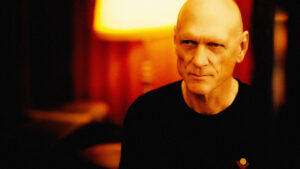 Then don’t miss the next stellar episode of The Sound, airing this Sunday 8 November at 6pm (repeats Saturday 14 November at 1:30pm) on ABC and iview.

We’ve got your household names, your radio favourites… And then, in celebration of NAIDOC Week (which begins same day, 8 November), we’re also bringing you an episode full of poignant, unmissable performances by some of our best First Nation voices. This will not disappoint!

Joining hosts Jane Gazzo and Bridget Hustwaite on Sunday are two special guest co-hosts: first up, 17x ARIA nominee and radio broadcaster Christine Anu. With a career spanning 27 years and the promise of new music in 2021, incredibly it’s been 25 years since the release of her debut platinum album, Stylin’ Up, plus the iconic smash hit that was ‘My Island Home’ (a Warumpi Band cover). She is joined by one of our best-loved names: Olympic medallist, ground-breaking sprinter and star of that infamous, once-in-a-lifetime track race: Cathy Freeman OAM. 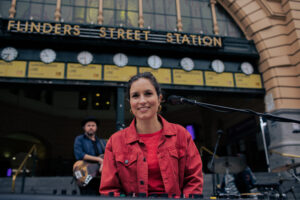 IMAGE: On set with Missy Higgins

Tune in for performances by: 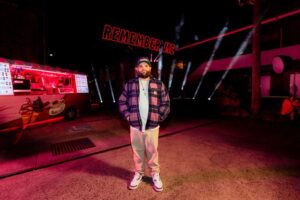 IMAGE: On set with Briggs

Our ‘From The Vault’ clip this week is a slice from famed Aussie band Goanna, who seared into our national consciousness via a powerful, call-to-arms land rights single.

This is one episode you don’t want to miss!

The Sound airs on Sunday 8 November at 6pm (and repeats Saturday 14 November at 1:30pm) on ABC and iview.

Watch previous episodes of The Sound now on iview