Across two seasons in 2020, we’ve captured stunning live performances at iconic music venues and locations here in Australia and abroad, at a time when our live music industry was brought to its knees.

To arresting newcomers such as BENEE, Sam Fischer, Miiesha, Ruel, Dallas Woods, Azure Ryder, Mia Wray and many others. Plus, incredible weekly ‘Tribute’ collaborations that have wowed fans across the land!

We’ve got one more present for you to unwrap this festive season, and it’s gonna be a good one… 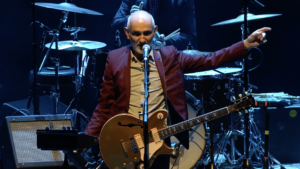 Tune into ABC and iview this coming Sunday 20 December at 6pm for The Sound: Making Gravy Christmas Special – inspired by one of Australia’s most iconic songwriters and featuring performances by: 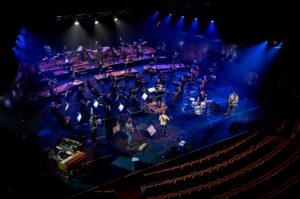 On set with The Teskey Brothers with Orchestra Victoria

That’s it for us in 2020. A huge thank you to each of the performers and special guest hosts who’ve appeared on The Sound to date… It’s been a pleasure working with you – and we look forward to doing it all again!

Lastly, to our viewers: thank you for embracing our new live music TV show so warmly. Much of The Sound was produced in Melbourne, during a harsh COVID lockdown. We’ve received thousands of messages and social media posts and reading how much you’ve loved tuning into The Sound each week has made it even more worthwhile.

One thought on “THE SOUND MAKING GRAVY CHRISTMAS SPECIAL FINAL EPISODE OF 2020!”