THE SKY’S THE LIMIT

The legendary Luude joins with Mattafix, injecting fresh fire into cult classic ‘Big City Life’, out now via Sweat It Out. Following an undeniably successful start to the year with the growth and domination of global hit ‘Down Under feat. Colin Hay’, Luude continues to level up delivering a dose of rousing drum n bass flair, bound to instantly energise any eager crowd. His signature precision breakbeats form the percussive backbone, perfectly underscoring the vocals and setting them free from their pensive melancholia. Emotive layers of synthesised strings fuel the desire to escape the system, ultimately exploding into an energy-inducing drop where Luude’s now iconic bold bass tone forms the passage to freedom.

Luude reflects on what it means to have worked on this record, “the original ‘Big City Life’ was literally one of my favourite tunes as a kid – so it’s so surreal to actually be able to put this new remix version out with Mattafix actually on the tune. I worked on the production side with Chase & Status and Goddard who brought their own vibes to this record and I’m bloody stoked with how it’s turned out – it’s just a fun summer tune.”

Christian Benson (Luude), is no stranger to success as he has risen through the ranks of electronic music with dynamic releases and raucous sets that have garnered the support of both fans and the industry alike. Breaking out to critical acclaim over the last 12 months with the success of his drum n bass rework of the quintessential 80s anthem, ‘Down Under feat. Colin Hay’, he has truly  “taken over the world shooting up viral tracks globally and earning major accolades” (Stoney Roads). With now over 150 million streams across platforms, 150,000 TikTok videos made, multiple playlist covers, Platinum certification in Australia and New Zealand, Gold certification in the UK and top-five placement in Shazam charts in New Zealand (#1), Germany (#1), Austria (#1), Estonia (#1), United Kingdom (#4), Australia (#4), it’s safe to say that Luude has a phenomenon on his hands.

The track quickly rose to #1 in the New Zealand Top 40 Singles Chart, before going top ten in the ARIA Singles and top 5 in the UK Singles charts, with the track also hitting #1 in the AIR Independent Singles Chart making it the hottest independent record in Australia. Despite only dropping mere weeks before voting opened the track reached #65 on triple j’s Hottest 100 2021, with local radio quickly catching on to the heat ‘Down Under’ was generating. Not limited to being a local affair, the Aussie-centric tune has quickly and emphatically gained traction internationally, being made BBC Radio 1’s Scott Mills’ Track of the Week and Dance Anthem’s Hottest Record before being playlisted by the station among many others. With The Industry Observer commenting “Another chapter is written to the story of Men At Work’s ‘Down Under,’ as a banging remix of the ‘80s favourite cracks the U.K. Top 40,” Luude has certainly made his mark in the musical history of this household anthem, and beyond.

Prior to ‘Down Under’, Luude had already carved out an impressive career to date, establishing himself as a name capable of providing the dancefloor heat and garnering over 30 million streams across tracks such as ‘Right Now’, ‘Sink or Swim’, and ‘Paradise’. Upon signing to Sweat It Out, Luudedelved extensively into the world of drum & bass which lead to the release of his ‘6AM’ EP which received an influx of support from the likes of triple j, Pilerats, Life Without Andy, This Song Is Sick, and Run The Trap.

Proving his versatility Luude also makes up one half of respected electronic duo Choomba, who have been endorsed by tastemakers such as The Magician, Claude Von Stroke, Richie Hawtin, Claptone, and Riva Starr. On the touring side, the Gold-Coast based artist has quickly taken hold of the local club circuit, becoming an in-demand name across Australia. Off the back of his recent global success, Luude has toured Australia with shows in Brisbane, Melbourne, Perth and Sydney and will soon be taking his insane energy to New Zealand. Of course, in continuing his global domination he will be kicking off a Europe and UK tour in July with performances at Electric Love, Tomorrowland, Parookaville, Creamfields, Leeds Festival, Reading Festival, & Bass Paradise, just to name a few.

‘Big City Life’ by Luude & Mattafix is out now via Sweat It Out. 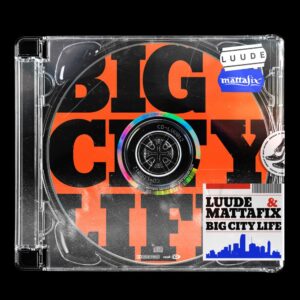 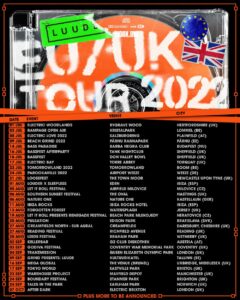 For more info on Mattafix, visit: