The Sea Gypsies return to the spotlight after a 2 year hiatus releasing their new single ‘Daydream’ . Their new offering will show a side The Sea Gypsies fans are yet to see, all the while honouring their musical roots.

Speaking to the inspiration behind ‘Daydream’, the band says, “Daydream is a love song, without being an ‘in-your-face’ love song. On the surface, the lyrics are indicative of our vocalist’s (Luke Marlin) relationship experiences, however, the music leaves the listener feeling as though this song is built upon layers of relational failures and triumphs.”

Recorded at The Grove Studios in Somersby, New South Wales, The Sea Gypsies created the new single with Producer Jack Nigro (DZ Deathrays, The Delta Riggs) and the track was mastered by Darren Ziesing (RUFUS DU SOL, Tina Arena). “We loved Daydream from the moment our vocalist (Luke Marlin) began penning the lyrics into his worn, black notebook. The chorus is catchy and it’s not just the phrase: ‘Life is like a daydream. Honey, when you’re with me.’ Luke energised it with a singable melody that feels familiar, yet somehow, has a fresh, Sea Gypsies flavour to it.”

The Sea Gypsies have been favourites on the Australian music scene for a number of years. Their debut album ‘Movements’, cemented the band’s reputation as emotive and charming songwriters. Before Covid slowed down the live music scene last year, the band were selling out shows along the East Coast and securing excellent reviews as an engaging live act.

The song is complemented by a party- vibe video, with footage taken from one of their legendary live shows in their hometown area of The Entrance, on NSW’s Central Coast earlier this year. It was directed by their friend, Erin Comensoli. 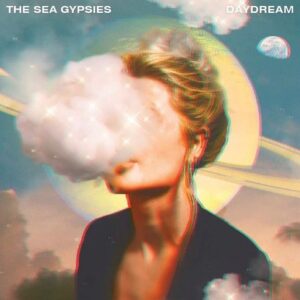 ‘Daydream’ was made to be a song that people would happily allow to be stuck in their head. There is something accessible about it, and it should appeal to different people for different reasons. “It’s this contrasting blend of lyrics and music that we are beyond proud of. We have truly loved recording and performing this song and we hope that our fans, old and new, enjoy it too.” The Sea Gypsies

PRAISE FOR THE SEA GYPSIES

Dreams: “If you’re a fan of Ocean Alley, these guys will definitely be your jam! 4 stars”

“Oh man I gotta get to Mexico, this should be on the tourism ad”.

“Your new soundtrack for any long drive. Sounding better than ever guys! Super impressed!”

“The Sea Gypsies are known for their undeniably catchy and explosively fun take on alternative rock, but they’ve jacked it up to another notch and taking the fun abroad in new track ‘Mexico’”