The Rubens are back to treat fans with new single ‘Waste A Day’, an earworm bursting with singalong hooks and a strong message of hope right in time for summer. ‘Waste A Day’ is the first song by The Rubens that band mates and brothers Sam, Elliott and Zaac Margin have co-written together. Having come to life right at the end of recording their #1 ARIA-charting album 0202 and just missing the deadline to make the record, now more than ever felt like the right time to release it into the world.

With its slick, breezy melody and the band’s signature lyrical-swirls, ‘Waste A Day’ is a fresh and inspiring offering from the group, yet also sits comfortably alongside recent fan-favourites from 0202, ‘Live In Life’ and ‘Masterpiece’. The band said of the track, “Everyday has the potential to be a good day. Squeeze what you can from it.” The ‘Waste A Day’ video will premiere at 6.00pm AEDT tonight, tune in HERE to chat to the band live and see the video first!

The Rubens plan to spend majority of 2022 on tour, celebrating the release of new music and the 10-year-anniversary of their self-titled debut album, with their fiercely loyal and ever-growing fanbase. Kicking off 2022 is ValleyWays on Feb 19, the band’s own festival in their hometown of Camden, which will see the five-piece perform alongside Aussie heavyweights Skegss, Middle Kids, Stevan & more. Fans can also catch The Rubens on their ‘Waste A Day’ 25+ date headline tour across the country from Feb – April, before rounding out 2022 alongside Vance Joy as part of his The Long Way Home national tour across Sept – Nov.

2021 was a career defining year for The Rubens, which included the release of their fourth album 0202, an AMP & ARIA Award nomination, selling over 23,000 tickets to their 0202 album tour (despite the challenges faced by COVID) and accreditations for hits ‘Live In Life’ (triple platinum in AUS), ‘Masterpiece’ (gold in AUS and NZ) and ‘Never Ever (feat. Sarah)’ (triple platinum in AUS). The Rubens massive past 12 months and even bigger 12 months ahead are a testament to their 10-year career. 2022 will mark a decade since the release of the band’s debut album The Rubens, which went Platinum and featured hits ‘Lay It Down’, ‘The Best We Got’, ‘My Gun’ and more.

DISCOGRAPHY:Loaded with effortless jams, The Rubens fourth album 0202 saw the band fully transform into an alt-rock/pop powerhouse and, for the first time, self-produce an album that had people re-evaluating what they thought they knew about The Rubens. 0202 followed third album LO LA RU, which featured hits ‘Never Ever (feat Sarah)’ (now Triple Platinum), ‘Million Man’ (Gold), ‘God Forgot’ (Gold) and lead to sold out shows and a 42-date Arena tour supporting megastar P!NK. Their second album Hoops saw the band sell out headline shows at Hordern Pavilion and Margaret Court Arena and included hits ‘Hallelujah’, ‘Cut Me Loose’ and of course the 4 x Platinum the hit title track, which topped the 2015 triple j Hottest 100, while their debut self-titled LP was home to ‘My Gun’ (Certified Platinum), ‘Lay It Down’ (Certified Gold), ‘The Best We Got’ and more fan-favourites. 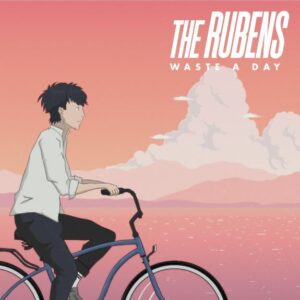