Ivy League Records are incredibly proud to announce that 0202 – the exceptional new album by local legends, The Rubens – has debuted at #1 on the ARIA Album Chart! This achievement made even sweeter as it crowns the band’s 4th studio album and marks their first #1 record in their decade-long career. Proving to be more relevant now than ever, The Rubens boundary pushing album 0202 sees the band behind the production desk for the first time and features hit singles ‘Live In Life’ (double Platinum, ARIA Song of the Year nominee & the fourth biggest Australian song of 2020 (ARIA)),‘Time Of My Life’, ‘Heavy Weather‘ & current single ‘Masterpiece.

We are absolutely thrilled to take out #1 on our fourth album, the first time to land the position for us. We uploaded our first track on triple j unearthed ten years ago and to be still doing what we love and connecting with fans all over the world means so much to us, especially after such a tough year for our industry as a whole. To Ivy League Records/Mushroom, Grow Yourself Up and the rest of our team, thanks for your hard work and support. To our families, absolute rocks. To our fans old and new, thank you for coming on our journey and getting behind us. We cannot wait to hit the road to share the new album live.
– The Rubens

This is such an incredible achievement and one that feels extra sweet as it comes on the band’s 4th record. To stay at the top of your game for a decade is no mean feat and it is all due to The Rubens’ incredible ability to grow, experiment and embrace the new. The great, late Pete Lusty signed the band back in 2011 and we know he is celebrating this with us right now, double scotch in hand. This one’s for him. Congratulations The Rubens!
– A&R Director, Marihuzka Cornelius, on behalf of Ivy League Records

With 0202 the band have fully transformed into an alt-rock/pop powerhouse and, for the first time, have self-produced an album that will have people re-evaluating what they thought they knew about The Rubens.

Listen to the band talk through the making of 0202

By the time album opener and absolute belter ‘Masterpiece’ comes to an end, it becomes very clear that The Rubens have emerged inspired from all the twists and turns thrown at them in 2020 and injected a new energy into this incredible record. 0202, a forward-thinking album for a backward year, sees The Rubens creating a sound that effortlessly dances across genres – alt-rock, rnb, pop and hip hop all collide into something uniquely their own.

0202 follows third album LO LA RU, which featured hits ‘Never Ever (feat Sarah)’ (Double Platinum), ‘Million Man’ (Certified Gold), ‘God Forgot’ (Certified Gold) and lead to sold out shows and a 42-date Arena tour supporting megastar P!NK. Their second album Hoopssaw the band sell out headline shows at Hordern Pavilion and Margaret Court Arena and included hits ‘Hallelujah’, ‘Cut Me Loose’ and of course the 4 x Platinum the hit title track, which topped the 2015 triple j Hottest 100, while their debut self-titled LP was home to ‘My Gun’ (Certified Platinum), ‘Lay It Down’ (Certified Gold), ‘The Best We Got’ and more fan-favourites.

The Rubens will finish their regional NSW album launch shows tomorrow night in Thirroul (sold out) before kicking off their official 0202 album tour from April – July, playing metro cities as well as regional venues across their biggest headline tour to date.

A huge congratulations to The Rubens! 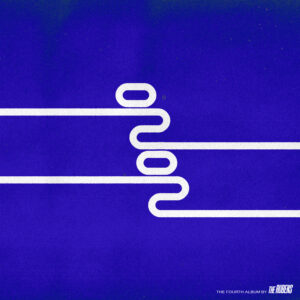