THE PLOT IN YOU NEW

Watch the visual for the lush, expansive, and achingly intimate track here:

“Too Far Gone is about a relationship that is hanging on by a thread,” says Tewers about the song’s lyrical skew. “Both people feeling hopeless, but are still too intertwined to let go of the other.”

The track appears on the band’s fifth album Swan Song, out now via Fearless Records. Stream or purchase the album, which follows 2018’s excellent Dispose, here.

After racking up over 100 million streams and receiving praise from Billboard, Rock Sound, Alternative Press, and more, The Plot In You have crafted an album that addresses the end of various things and situations in life. It was a way for the members to expunge some negative things from their lives through their art. With this record, the band stared down years of negativity, soured friendships, disappointment, and mistakes and catalyzed those experiences into hammering distortion, towering melodies, epic production, and unapologetically cathartic lyrics. It’s an album that their fans and beyond will intimately and instantly relate to.

The Plot In You are on the road with Silverstein and Can’t Swim. 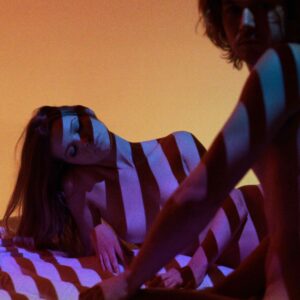