THE OKLAHOMA KID – a modern metal experience. Known for their very own blend of genres, the avant-garde 5-piece never falls shy of pushing the boundaries and breaking old conventions.

The first single ‘Pale Tongue‘  takes everyone on a disturbing trip with psychedelic visuals and heavy rhythms and is deeply influenced by early millennial industrial music and neue deutsche Härte. Therefore, the band met up with Pavel Trebukhin (Imminence, Landmvrks, Annisokay) inside a bunker to create a striking visual experience for their first single from the upcoming material. ‘Pale Tongue‘ was recorded and produced by Jan Kerscher (Ghost City Recordings) –mixed and mastered by Lance Prenc (Alpha Wolf, Polaris, Dealer).

“We are always trying to get different influences into our music, that’s why we were looking for a producer outside our genre, to get some new input. When we first met up with Jan, we know he was a perfect match to record and produce our new material.” – Andreas Reinhard (guitar)

THE OKLAHOMA KID stands for breathtaking modern metal that bridges the gap between technical intricacy and energizing rhythms. Since their formation in 2012 the band – consisting of David J. Burtscher, Fred Stölzel, Robert Elfenbein, Tomm Brümmer and Andreas Reinhard – has consistently pushed the envelope and have established their foundation in the German metal scene.

The Oklahoma Kid toured the country with renowned acts such as Stick To Your Guns, Carnifex, Evergreen Terrace and  Hatebreed and electrified crowds with their passionate, relentless performance.

The very essence of this vision is not only encapsulated in sound but also in the delicate lyrics: Bleak existentialism, social commentary and a reflection of the self are the core themes that are explored on SOLARRAY. Every single song on the record reeks of passion and commitment and makes for a unique listening experience.

The Oklahoma Kid are no longer an insider tip and a force to be reckoned with. No matter if live at a festival or on the record player in the living room; The Oklahoma Kid will change your perception of what metal is capable of. 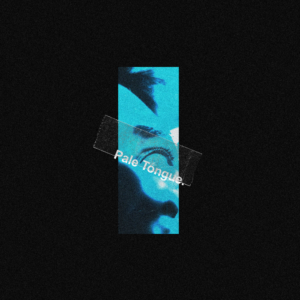