Melbourne post-hardcore outfit, The Motion Below, take a moment to appreciate the little things on new song “It’s All The Same” and reveal it will be the first to drop from upcoming EP, ‘Breakthrough‘, out Friday July 8.

“It’s All The Same” is produced, mixed and mastered by Evan Lee and Ash Daws at The Loud Noise Estate (Young Lions, The Beautiful Monument, The Comfort) and is a heavy hitting rock-inspired pop anthem about finding time to bask in the quieter moments with loved ones rather than continuously pushing for the next goal.

“A lot of people in today’s society seem to obsess over finding a goal to dedicate their lives to,” explains the band. “Despite tricking themselves into dedicating their entire being towards their goal, these people may find themselves feeling dejected and incomplete as they focus entirely on the big picture and not on the small, everyday experiences that make up a majority of their lives. In other words, perhaps they forget how to enjoy the little things in life.”

“This song is for those people. Despite the fact they may forever chase their tail until they’ve achieved their goals, they’ll always find themselves longing for something different until they inevitably realise that the beauty of life has been staring them in the face all along.”

The Motion Below return to the stage on Friday May 20 to showcase their new single at Melbourne’s Bad Decisions Bar. Joining in on the fun is fellow Melburnian alternative rock outfits, Suspyria, Some Heard Trouble and Everlyne. Ticket are on sale now via Oztix.

Hailing from all reaches of Melbourne in 2016, post-hardcore quartet The Motion Below came together over a shared passion for the alternative. In 2018, the band stepped into the studio with the aim of creating something unique and in turn brought their debut EP ‘Cronus Complex’ to the table, a significant step in the right direction for the boys with a refined take on the modern day post-hardcore style.

“Figureheads” came as the second cut from ‘Cronus Complex’, which climbed the ranks until the band held the cover image on Spotify’s Homegrown + Heavy for a couple of weeks. “Dead Ends” and “Truth Hurts” followed in 2020, quickly becoming two of the bands highest streamed singles with a combined 250,000 streams cross platform. The bands Spotify streams now sit comfortably at close to half a million overall plays, and their current collection of work has earned them support slots for the likes of Void Of Vision, Diamond Construct, Mirrors, Buried In Verona, Belle Haven and more. 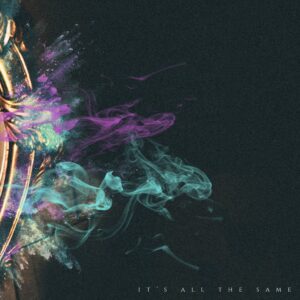 “It’s All The Same” is available now and streaming on all platforms. ‘Breakthrough‘ EP will be available Friday July 8. 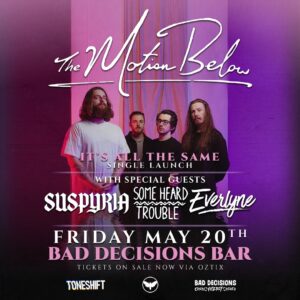