THE TITLE TRACK FROM

ALBUM THE TENDER AND DYNAMIC

‘EXPERT IN A DYING FIELD’

Lifted from their forthcoming third album of the same name, The Beths today release the single ‘Expert In A Dying Field’. “How does it feel to be an expert in a dying field? How do you know it’s over when you can’t let go?” lead songwriter and vocalist Elizabeth Stokesasks, as she introduces her listener to the overarching theme of the record.

Of the track, Stokes explains: “In the course of knowing a person you accumulate so much information: their favourite movies, how they take their tea, how to make them laugh, how that makes you feel. And when relationships between people change, or end, all that knowledge doesn’t just disappear.” This notion is succinctly encapsulated in the song’s chorus, “Love is learned over time ‘til you’re an expert in a dying field.”

Expert In A Dying Field’ is a sonic departure from last month’s lead single ‘Silence Is Golden’, with its driving guitars, propulsive drums, and acerbic lyrics. Densely littered with melodic hooks and the incisive phrasing that Stokes has become known for, the driving verses of ‘Expert In A Dying Field’ intentionally contrast with a restrained, delicate chorus. Here, the stripped-back instrumentation acutely hones in on Stokes’ emotive vocals. The accompanying video, directed by Frances Carter, honours this intimacy and vulnerability. Carefully placed relics and symbolic totems strewn about a charming, white-washed home evoke a sense of nostalgia and sentimentality. While Stokes sings directly to the camera, her bandmates play their instruments and sing backing vocals in various parts of the home, surrounded by treasures laden with meaning and memory. It’s an evocative series of vignettes that perfectly match the song’s bittersweet themes and culminates in a joyful, heart-stirring full band performance that shows off The Beths’ unparalleled four-part vocal harmonies. 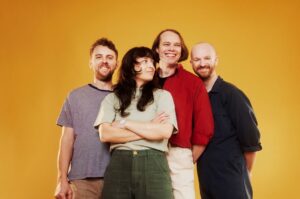 Most of the album was recorded at guitarist Jonathan Pearce’s studio on Karangahape Road in Tāmaki Makaurau, Aotearoa (the Māori-language name for Auckland, New Zealand) towards the end of 2021. However, as the year drew to a close, so too did cities across the country. Interrupted by the pervasive constraints of a months-long national lockdown, the band traded notes from afar, with each band member writing and fleshing out independent arrangements from their homes. The album process culminated in a chaotic three-day studio stint in Los Angeles, as the band wrapped up their first North American tour in more than two years. Expert In A Dying Field is a triumphant, spell-binding body of work that shows off Stokes’ insightful, brutally honest lyricism and the tight-knit foursome’s exceptional musicality. 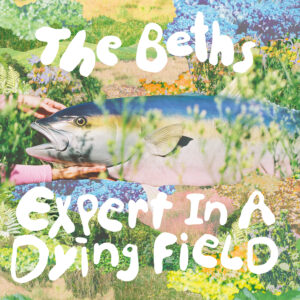