Nine piece Soul / Funk powerhouse The Bamboos return with their first new music of 2021, an infectious cover of the Black Box1989 Italo-House hit “Ride On Time”.

More a reinvention than cover version (as the band have accomplished on numerous occasions in the past with songs by everyone from James Blake, Kings Of Leon to London Grammar) where the tight, up tempo drums lift the three piece horn section, which carries the song’s hook. Bamboos stellar vocalist Kylie Auldist does justice to Loleatta Holloway’s vocal as it was sampled in the original, in one of pop music’s most famous misquotations.

The track has already built a buzz with a seven inch vinyl release selling out in a week in December, making this a certified DJ weapon, wherever the party finds itself to be right now.

The band is also announcing their tenth studio album, titled Hard Up. Much of the album was recorded communally over a week just prior to the pandemic at a sprawling country house just outside the (coincidentally named) town of Lancefield, north of Melbourne.

The approach of making an album outside the recording studio, steeped in such legendary tales as the ‘Stones at Villa Nellcôte or Radiohead’s ‘O.K Computer’ St Catherine’s Court sessions has made it the groups most collaborative yet, solidifying even more their seemingly telepathic musical interplay.

“We had always talked about getting out of town and locking ourselves up in an old house somewhere to make a record” Ferguson adds. “And it just seemed to be the right time to do it. Something different happens musically when everyone is together in the same place and in no hurry to go anywhere else…there’s a real focus. We were recording takes at 3am in the morning, experimenting with whole different approaches to songs, the horn section took over an empty barn to come up with their parts…all of the things you can imagine”.

Also announced and going on sale today is a special performance on April10 at The Corner Hotel in Melbourne, which will be livestreamed as well as having very limited venue tickets available. The show will be the live premiere of the new album and will also mark the band’s 21stanniversary by playing some of the band’s most beloved tracks since they formed in 2000. Details at The Bamboos website.

Coming up in March the band will also beperforming ‘Symphonic Soul’ over two nights with the Melbourne Symphony Orchestraat Hamer Hall. This incredible show will see their music arranged for a 50 piece orchestra, conducted by the world renowned Ben Northey and arranged by Bamboos long time trumpet player Ross Irwin. 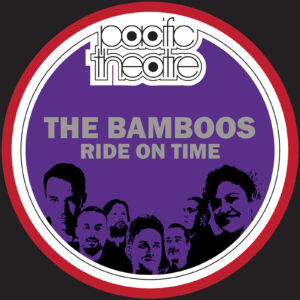 THE BAMBOOS “HARDUP” IS OUT MAY 7TH VIA PACIFIC THEATRE/BMG 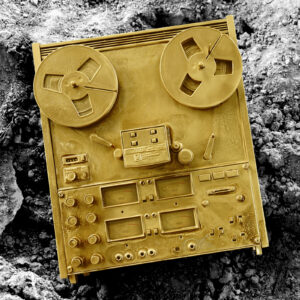 LIVESTREAM ALBUM PREVIEW & 21ST ANNIVERSARY CONCERT IS ON APRIL 10 AT THE CORNER HOTEL.