“Regardless of what anyone might tell you, breaking the rules is the best crash-course in real life,”the band shares. “There seems to be this boomer rhetoric of ‘kids these days are out of control!’ But I would argue that young people are just learning through experience.”

They continue, “there isn’t one ‘proper’ route through young adulthood. I’m coming up on 25 and just now looking back to wonder, ‘were the reckless choices worth it?’ And they were. Sneaking into R-rated movies, taking a left hook to the jaw, impulsive roadtrips out west, all taught me something about being human.”

‘Out Of Control!’ is available worldwide now, via Rude Records. Official single artwork below 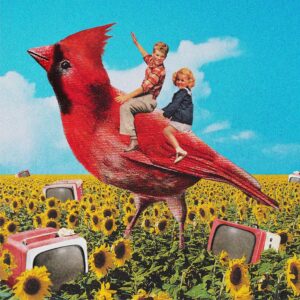