Amazon Music announced an exclusive new version of “Christmas Tree Farm” from 11-time Grammy winner, and only woman to ever win Album of the Year three times, Taylor Swift.

“Taylor Swift is an icon who has shattered streaming records on Amazon Music over the years, and this season, we’re thrilled to bring this new, timeless version of ‘Christmas Tree Farm’ to her fans as they gather with friends and family for the holidays,” said Ryan Redington, VP of music industry at Amazon Music.

Swift wanted to capture the cozy and calming holiday atmosphere for her Amazon Original song. Joined by a 70-piece orchestra at Abbey Road Studios, Swift’s new recording features strings, horns, and sleigh bells, reminiscent of classic, big band Christmas songs by the greats before her. 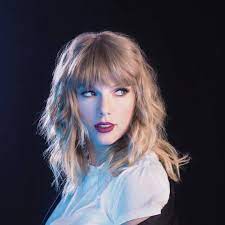 For a limited time, customers who haven’t yet tried Amazon Music Unlimited can sign up to get three months of the premium subscription service free -with unlimited access to more than 75 million songs, ad-free and millions of podcast episodes.

LISTEN TO THE SINGLE HERE