Off the back of two sold-out shows in Sydney and the 2020 J Award for Best Australian Music Video Of The Year overnight, ascendant Bowraville-born rapper Tasman Keith today shares his latest single, ‘CONFIDENT’, and announces the forthcoming release of his debut mixtape To Whom It May Concerndue this year. Listen HERE.

Muscular and minimal, ‘CONFIDENT’ leans into the trunk-rattling, bare-bones style of previous single ‘BILLY BAD AGAIN’. With twisted, nocturnal synths, skittish percussion, and a late beat switch leading to a raucous, half-time climax, ‘CONFIDENT’ is not the first time Keith’s music can compare to Kendrick Lamar’s. What makes the comparison all the more apparent is Tasman’s finely-tuned craft; a flow that moves between leisurely, unapologetic aplomb and razor-sharp lucidity, oozing tenacity, perseverance, and an elemental self-assuredness no matter which gear he’s operating in. The result is goosebump inducing furore.

Over the three verses in this song, I’m speaking to three different things,” Tasman shares. “In the first verse, I’m speaking on the confidence within myself. The second is me showing my confidence to the suits in the industry, and the third is showing it to racists/bigots. The third verse is also a moment where all three things are addressed in one verse.”

2020 has seen Tasman’s profile continue to rise through collaborations and guest features, appearing on Jimmy Nice’s ‘Same Water’, Northern Territory producer Kuya James’ powerful single ‘No Country’, including its own stripped-back version ‘No Country (Piano In F Minor)‘, and alongside Jessica Mauboyon ‘First Nation’, the second single lifted from The Makarrata Project, Midnight Oil’s first studio album in over 18 years. Tasman capped yet another banner year with his debut TV performance twice on the second season of The ABC’s live music series, The Sound.

Despite ‘CONFIDENT’ being only his second solo release of the year this far, Tasman Keith continues to live up to its title – and then some.

‘CONFIDENT’ by Tasman Keith is out now, buy/stream it here.
To Whom It May Concern Mixtape out Dec 11. 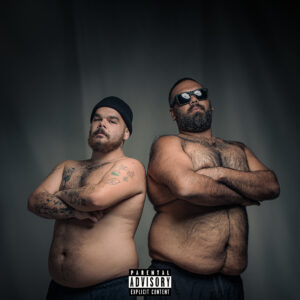 “A man on a mission”
triple j

“Tasman’s razor-sharp lyrics tackle family, identity and race with potency.
His talent has been obvious from the get-go.”
Red Bull Music

“Tasman Keith is taking control of the narrative”
FBi Radio