Recorded in Melbourne during the midst of one of the longest and most intense periods of pandemic lockdown, Tash Sultana’s MTV Unplugged (Live In Melbourne) album is an intimate look at one of Australia’s most beloved musicians, thriving in their natural element: on a stage, with their instruments, and their voice.

Having released Coma, Willow Tree, Dream My Life Away feat Josh Cashman, Flume andCrop Circles, Tash Sultana now reveals the full session in stunning audio detail. Produced and mixed entirely by Tash during lockdown, this MTV Unplugged (Live In Melbourne) record is striking in its presentation, dripping in the authenticity Tash Sultana’s shows are globally renowned for – an utter treat for audiophiles to listen to.

Along with the release of the full album, Tash has also shared the new live video for Crop Circles. Taken from Tash’s 2021 record Terra Firma, the MTV Unplugged (Live In Melbourne) audience was gifted with an immersive rendition of ‘Crop Circles’. A prime masterclass of how Tash Sultana’s vocal range weaves gorgeously with pared back arrangements as it does with a kaleidoscope of sounds, this version of ‘Crop Circles’ simply stuns.

“The best way to listen to it is to turn the light off and light a candle or incense. I want you to feel sensory overdrive by the end of the set. So dim the lights and just watch.” TASH SULTANA The opportunity for Tash Sultana to become part of the MTV Unplugged family came at a perfect time, not having been able to engage with an audience in this way for – at that point – two years. The experience was nourishing and ultimately, a remedy. “The light that shines the brightest through me is when I’m on the stage. I wanted to take the audience on the ride with me because I hadn’t played live in two years. I produced and mixed this entire record myself over a few months during lock down.”TASH SULTANA The evolution of Tash Sultana’s artistry in recent years has made the performer one of Australian music’s most significant success stories. Long considered one of the country’s hardest working exports, Tash’s appeal has transcended beyond simply being a maverick, multi-talented instrumentalist and vocalist. Tash has proven time and time again their talents as a producer, sonic curator and visionary; the results of such an unique vision reflected in their growing catalogue of work. The multi-platinum selling artist reached new heights with the release of their sophomore record Terra Firma in 2021, including a #1 ARIA Album spot, #3 on the Swiss Album Charts and #7 on the German Album Charts. All the while, Tash’s profile as a live performer has continued to solidify off the back of sold out shows both in Australia and overseas, with over 120,000 tickets sold in Australia and Europe in 2019 alone. MTV Unplugged Melbourne Presents: Tash Sultana will air on MTV Hits at 10am on Friday, June 3 in Australia and 12pm in New Zealand. 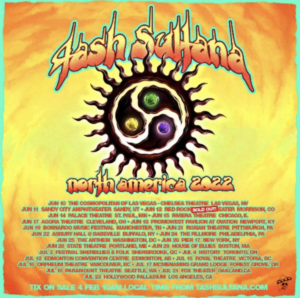 PRAISE FOR TASH SULTANA “Tash may be globally renowned as an expert noodler but it’s the refrain and funk-dipped cadence in exactly the right places that make Terra Firma so bewitching.”Rolling Stone Australia “…imaginatively incorporates an array of diverse styles, resulting in a kaleidoscope of feel-good vibes…”Hot Press “They champion intimate connection over mass participation, the record aiming straight for the heart.”NME Australia  This year, Tash is back on the road, taking in shows across North America, Europe and the UK and New Zealand before returning home to perform this Summer at Ocean Sounds. “It’s been a hot minute since I’ve played in my home state. Coming back to the roots always feels like a revival.” “Everything I do in my life is a montage to reach the pinnacle which is me on stage. I craft everything I do around giving my performances down to what I think, eat, sleep, meditate on, pray, rehearse,  exercise, socialise, read, write. Literally everything I do is for that ‘moment’, so to be back on stage; my life feels complete.” TASH SULTANA 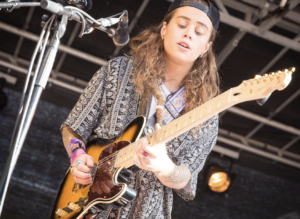