SYDNEY’S DUST OF US

As an introduction, ‘The Swans’ was a strong one for Sydney indie duo Dust Of Us. Released in March last year,  the single offered music fans an insight into an intricate, immersive and otherworldly realm of sound from brothers Ed and Lloyd Prescott.

Equal parts melancholic and euphoric, ‘The Swans’ is nuanced and clever indie-pop in both arrangement and songwriting. Co-produced and mixed by Matt Neighbour (The Avalanches, Matt Corby, EGOISM), it’s testament to the pair’s chemistry and the way their individual talents beautifully converge.

The pair have now taken the opportunity to give the song a visual accompaniment with an official music video. Working with fellow artist Thomas Calder (aka Daggy Man), ‘The Swans’ clip is a mixture of animation and textured images which collide to emphasise the song’s ethereal nature.

“My first impulse when listening to the song was that it evoked really strong images of straight lines, colour and water. I wanted to somehow connect these concepts in an abstract but still interesting way. I was also drawn to the intersection of organic textures mixed with more distorted, digital manipulations, and how I could make those two distinct things collaborate and mix in a cohesive way.” Thomas Calder

“Daggy Man is one of my favourite Australian artists,” says Ed Prescott. “Thomas Calder is a polymath – his songwriting unique and achingly beautiful, but he’s also a talented photographer and animator who makes his own music videos. He hasn’t made that many videos for other artists, so I’m honoured he agreed to do this one for us.”

The release of the new Dust Of Us music video follows their recent unveiling of the visuals for their other single ‘7 Years’. Both projects had their music videos created during quarantine, with Ed and Lloyd using the enforced shut-in to focus on creating special visual moments for these songs, unhindered by time or external pressure.

The videos mark the beginning of a roll out of new material from Dust Of Us as the finishing touches are put on their debut EP (due February 2021). Expect a new single and other goodies from the duo before the end of the year.

“‘The Swans’ is a remarkable musical piece that evokes a magical landscape and a serenity that is hard to find in these type of tracks.”
Synthpopyourworld

“Beautiful song, well executed. Really like the way it falls into a deeper song with its progression, without taking away from the delicacy of the production.”
Double J, Zan Rowe

“It gently seeps. The production is super cool, I can’t stop listening to it. I just want to know what next element you twist or work into the track. Nice, guys.”
Triple J, Claire Mooney

‘The Swans’ is out now! Official single artwork below 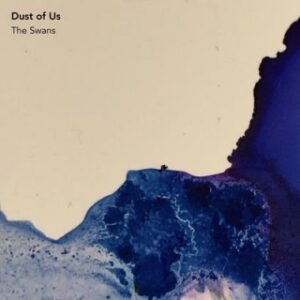