ANTHEM ‘SAVE MY NAME’

After a successful year in 2021 dropping stand out single ‘Over Again’ which saw Indie pop purveyors Dekleyn come to a head, showcasing their deeper understanding for memorable songwriting, the duo give us their first single for the 2022 ‘Save My Name’. Teaming up with Mark Zito (Fractures) once again on co-production, the song shows the duo reaching new heights with their brand of melodic, clever indie pop that uses precision and subtlety to create moments of pure musical richness.

With kaleidoscopic synthesizers and arpeggios on top of a subtle but effective pulse, this emotional pop anthem from Dekleyn is their most pronounced release yet. The chorus line “Save my name, save my number, I wanna know who are” is irresistibly catchy and hooks you in from the get go with nods to M83 and LANY within the huge synths and vocals. 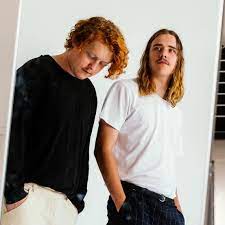 Dekleyn says of the song that “Save My Name” is about two people meeting for the first time and becoming invested in each other. It explores the process of two people coming together and loving one another. It’s a love song with a dancey beat that flows on nicely from our most recent single ‘Over Again’.” The chorus came together really quickly, we recall throwing it on at the end of a session and the chorus melody just exploded out instantly! From there we knew we were onto something great and prioritized completing it as our next project.”

The band have also recently inked a distribution deal with giants Believe to which they say “We are very excited to begin working with Believe. We see teaming up with Believe as a huge step forward as we look to progress in our musical journey. We’re very excited to be a part of the Believe community and are very grateful for the opportunity to work with them!”

Made up of Justin Kleyn and Matthew DeCelis, Dekleyn have seen a plethora of support from all corners of the globe, whilst amassing a solid fan base with their ever evolving indie pop soundscape. Already championed by both triple j and Unearthed, as well as tastemakers such as Tone Deaf, EARMILK, Acid Stag, Beautiful Buzzz, Atwood Magazine, Going Solo, and more, the duo are continuing to impress with their effervescent productions and meaningful take on songwriting. Whilst recently signing with Believe for distribution and Raida Artists for bookings, Dekleyn have been prolific in both their touring and release output. Following on from their debut self titled album in 2020, the duo have nabbed support slots alongside Confidence Man, Fergus James, Fractures, CLYPSO and Angus Dawson, whilst selling out their ‘Thrive’ EP launch show in Sydney.

Dekleyn’s new single ‘Save My Name’ is out now. Official artwork below 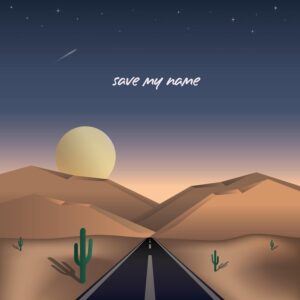 “Over Again’ sees the boys move into a more pop-inclined direction whilst staying true to their electronic roots.” – Acid Stag

“Australian artists Matthew DeCelis and Justin Kleyn have been frequently serving up indie-pop ear-worms music as the duo dekleyn over the past few years, releasing three EPs since 2017…The duo, who write and produce their music, combine uplifting beats with relatable lyrics exploring youth and modern love” – EARMILK

“Just another reason to get excited about you two. y’all are producing such a ridiculous amount of songs and never skip on quality.” – Abby Butler, triple J