TO THE DEEP ON

Legend in the game Motez elevates to new heights with the almighty new single ‘Submission’, out now via Club Sweat. Commanding the dance floor, Motez invites you into his sonic playground to ‘let go’ with no choice but to submit to the ethereal ecstasy that envelops you. The deepest and darkest of wobbling bass lines are coupled with a kick bold enough to penetrate to the very core of any raver.  Arpeggiated strings rise and fall throughout, resolving momentarily before ascending again leaving you feverishly wanting more. All the while synthesiser and vocal ad-libs nestled into the mix serve as a constant energy force, keeping you locked to groove and indulging in the deep. This is prime ammunition from Motez as he flexes his innate ability to craft musical moments that transcend space and time. 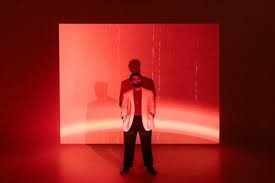 Motez speaks to his new single, “‘Submission’ is about letting yourself go, and losing yourself in the moment, when you’re trying to tell yourself that (in the grand scheme of things) none of this is real and that you need to surrender to the music.”

Adelaide based, Baghdad born producer Motez has been a staple in the Australian electronic scene and beyond, renowned for his dance-floor hit singles ‘Down Like This feat. Tkay Maidza’ and the ARIA gold accredited record ‘The Future feat. Antony & Cleopatra’. With every release he demonstrates his production is limitless as he explores electronic music from the ambient to the dark and mysterious. Most recently with his hit single ‘ReSet’ which peaked as the 12th most played Australian song across all radio, with high rotation on triple j along with support from international radio such as Kiss FM (UK), Dash Radio (US), SiriusXM (US) and many more. Not to mention, being playlisted over 38 thousand times as well as cracking Australia’s Viral Top 50.

In 2020 Motez took out awards for Best Release, Best Music Video and Best Electronic Artist at the South Australian Music Awards for his ‘Soulitude’ EP; pieces designed to bring the listener a sense of tranquillity and serenity during the trying times of the pandemic. Beyond his own body of work he has fashioned stellar remixes for the likes of RÜFÜS DU SOL, Flight Facilities, Disclosure, Tensnake and Client Liaison. As one of the most sought-after electronic acts in Australia, the energy in his live sets have earned him countless slots at major festivals including Splendour In The Grass, Beyond The Valley, and Lost Paradise. This year has seen Motez take the stage at WOMAdelaide and soon Format Festival and Golden Shores in April, ready to give eager crowds a masterclass in the darker side of dance. 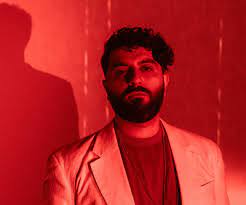 ‘Submission’ from Motez is out now via Club Sweat.

For more info on Motez, visit: