Bristol’s Superlove has released another brand new single, ‘Save Yourselves’. Born at a time when the country was in turmoil with UK politics and social media proved itself once more to be an intense platform to be consumed within, singer Jacob felt he was being bombarded with too much information, too many opinions, not enough fact and it became a sea of confusion.

“This song was just trying to express some frustration in feeling so overwhelmed by everything we watch, read online and see on TV”, says Jacob. “Writing ‘Save Yourselves’ also had us thinking, what would we do if everything absolutely went to shit? I like to think we would both just go and sit in a forest, out the way of everything with a fire going and just laugh at what a state we got ourselves into. We’re honestly so excited this song is actually coming out as I remember listening to the demo over and over again thinking oh my god this song is so addictive to listen to haha, we hope people feel the same!”

‘Save Yourselves’ is available worldwide now, via Rude Records` 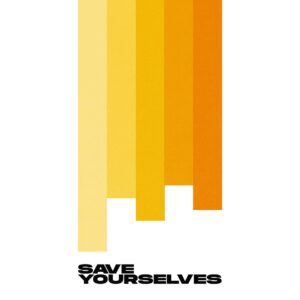