Premiered via BBC Radio 1, the song itself brings in the themes of the early stages of a relationship. Vocalist Jacob Rice comments: “you can’t properly always process your feelings straight away because the rush of it all is just messing up your head.  There’s also something from a songwriting and production standpoint when combining metal esque guitar riffs and the cutest, shiny pop that is so enjoyable to us because of the challenge it takes to make each section flow together. It’s really fun just pushing the limits with a track like this”.

‘wanna luv u’ is available worldwide now, via Rude Records. Watch video below

SUPPORT FOR PREVIOUS SINGLE ‘SAVE YOURSELVES’

“Encased in a riff-laden shell, the track is bouncy, buoyant brimming with character and chaos. Just the way we like it.”Rock Sound (UK)

Cover of Spotify playlist ‘the locker_’ 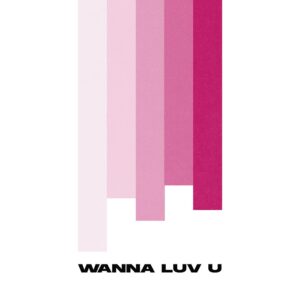