Says the band about the new album, “Typhoons hitting Taiwan during our summers are common childhood memories for us. In these memories, power shortages and storms were everywhere, we were with our families and loved ones in the dark, but we felt safe and warm. This year is like a storm for us, we are trying to make our music a soft one to connect to each other, so we could move on to a brighter future.”

On their latest single, ‘Under The Skin‘, Sunset Rollercoaster take on balladry, intersecting the gentle synths of Mild High Club, warmth of ‘This Old Dog’ era Mac Demarco and the charm of Connan Mockasin. “Just let these nights go by, till the stars fall from the sky” sings vocalist Kuo-Hung, recalling those glint-filled evenings spent swooning with another. Together with previous single ‘Candlelight‘ featuring OHHYUK, Sunset Rollercoaster allude to the slow burn of their third studio album, Soft Storm, an introspectively funky endeavor from the group. On ‘Midnight with Paul’, the band takes a tranquil, instrumental turn collaborating with (and naming it after) Chicago’s Paul Cherry. Velvety ‘Passerby‘ reimagines city pop and bedroom R&B with help from Michael Seyer.

Following their 2019 EP VANILLA VILLA and their most recent LP, 2018’s Cassa Nova, Sunset Rollercoaster continue their project of absorbing classic American genres and styles into their amalgam of smooth 80’s city pop, “cute prog rock” and contemporary pop music. With Soft Storm, they turn their attention to sensuous and pensive quiet storm R&B. Appropriately, Soft Storm is a record full of introspective funk and quietly intense narratives, loosely tracing the course of a rainstorm hitting an unnamed city, following individuals stories of residents caught up in its path as Kuo Kuo’s lyricism zooms in and out of their lives, darting from city building to building.

Now with their forthcoming record Soft Storm, Sunset Rollercoaster are set to capitalize on their increasingly worldwide popularity, known for their epic guitar jams, imaginative visuals, and mesmerizing live show. Their most recent 2019 EP, VANILLA VILLA, made fans at Bandcamp, Flaunt, Hypebeast, Paste, Brooklyn Vegan, among others, with lead single ‘Villa‘ also getting a mind-bending remix from Stones Throw‘s Jerry Paper.

Soft Storm by Sunset Rollercoaster is out now, buy/stream it here. 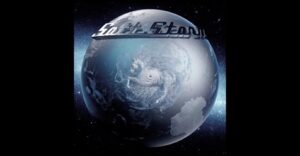