Fully formed and unafraid, Wollongong duo SULT have today announced their first new single since 2020, ICK, a perfect reflection of the popular term used to describe something a potential partner does that makes you just…cringe, out today.

ICK is a song that must be played at full volume, ideally shouting the lyrics amongst your best friends on a girls’ night out. Influenced equally by old school icons No Doubt and modern indie-rock master girl in red, ICK swirls with momentum; the vocal hook lingering in the listeners’ mind long after the song is done. Speaking about the inspiration behind the song, Cori says, “As a whole the song is inspired by the now popular term ‘the ick’ – where attraction to a current or potential partner is suddenly flipped to a feeling of disgust. Paige and I have both had multiple experiences of ‘the ick’.”

From baby talk, to food stains on a plain white t-shirt, SULT have had a lot of experience with ‘the ick’, and they hope that ICK is a fun one for those who can relate. SULT consistently draw from personal experience in their music, empowering their listeners and destigmatising tricky topics as they go. Their close bond is not exclusionary, rather, the audience is invited into the girls’ world, invited to discover their own strength through the powerful messages within SULT’s music, as they say, “We’re not afraid to talk about things that people say women shouldn’t – such as sex. We believe everyone has the right to embrace their sexuality without being scrutinized or judged. For us, it’s all about equality.” 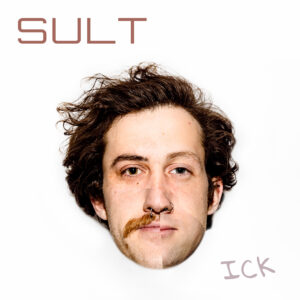