Looking for your next favourite band? Meet Spkezy, the Tasmanians who are ready to shake up the scene with their latest dark-pop offering, Fever Dream” writes Hysteria Magazine, who premiered the bands brand new single yesterday.

Hysteria also praised the accompanying visualiser for its “jaw-dropping visuals that bring the glitchy, colourful and passionate sounds of the track to life.”

‘Midnight Club’ at its core represents love and loss and where these elements fall in relation to being human. Where previous single “Dopesick” represents the struggle of substance abuse and keeping promises to loved ones, “Fever Dream” represents the longing for something that is no longer there.

Guitarist and key player Joel Hallam explains that the single encapsulates the distant memories of “Something that is no longer available to you. That particular scent that lingers on your pillows and bed sheets. That touch, that at a time, felt designed only for you. That lust and passion that you haven’t been able to taste since.”

“Dopesick” premiered at TheMusic, where guitarist and key player Joel Hallam explained: “Doing everything in-house, we were able to experiment with different instruments like saxophone and utilise more prominent synth parts, but still keep the essence of what the Spkezy sound is comprised of.”

The band pride themselves on being a completely DIY band, from the mixing and mastering to the artwork and design, ultimately striving to deliver listeners the most authentic Spkezy experience. Hallam adds “each song has been crafted from real-life situations and real pain. These emotions are laid bare across a soundscape reminiscent of today’s R&B, EDM, pop and the always driving aggression of rock. Enjoy the ride.”

Spkezy is Luke Vaessen (vocals), Joel Hallam (guitar, samples, keyboard), Owen Broad (drums) and Ryan Barker (bass) and is the product of a few friends who previously played in heavier bands coming together to create music more genuine to their influences – while still maintaining the underlying alternative rock elements that brought them together in the first place.

Across an 80’s inspired soundscape, futuristic EDM pulses throughout their music like an old movie continuously looping on VCR. Sugary sweet pop sensibilities melt away over auto-tuned R&B hooks and melodies. Underpinned on a foundation of aggressive, driving rock and beat heavy hip-hop making sure you can feel the specialised alt dark pop/rock sounds deep within your chest. Hallam adds “These elements are weaved together through a definite 80s influence, sometimes maniacally, but always with purpose and cohesion.”

Midnight Club’ will be released Friday November 13. “Dopesick” and “Fever Dream” are available now to stream and purchase! 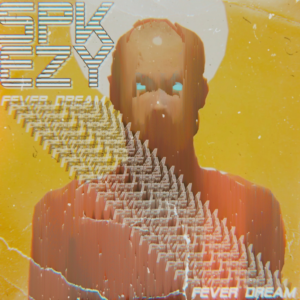