Kiwi 4-piece SOULDROP deliver an endless summer with the refreshing grooves of new single ‘Jive’. Ready to make waves in the Australasian music scene, they’ve been drawing favourable comparisons to acts like Ocean Alley, San Cisco and Saskwatch, with frontwoman Anna Benneto’s silky and magnetic vocals the perfect garnish to the indie-soul jams of Finn Perring (guitar/ bass), Fin Gilzean (guitar) and Elliot Millar (drums). Accompanied by an eye-catching music video, ‘Jive’ is out now on all digital platforms via MEOW.

Renowned for their summery surf rock, Souldrop have developed a genre-bending sound, infusing elements of reggae, rock, pop, jazz, funk and a dash of psychedelic lemon. Not afraid to experiment with different instruments to get the right groove, they’re a group that embraces musical diversity.

Having just recently dropped addictive single ‘Trip’, the band are set to take the next step in their musical journey. Originally from Christchurch, the band relocated to Wellington to pursue musical opportunities, and have since thrived. Releasing two EP’s in consecutive years (2017’s ‘Hazy Days’ and 2016’s self-titled EP), they suddenly found themselves with a keen fanbase, with single ‘Out of Mind’ earning over 1 million Spotify streams. Capitalising on this newfound popularity, they have used the energy of their fans, translating that spirit into captivating and electric live shows.

With a solid 2021 touring schedule planned, and the promise of two more EP’s to drop in the coming months, ‘Gypsy Lizard King Parts 1 and 2’, there’s no better time to immerse yourself in the indie-soul grooves of Souldrop. 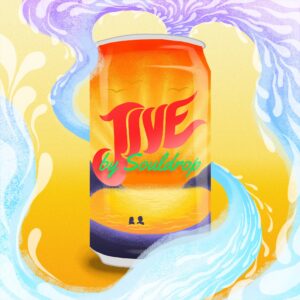