“Death In The Afternoon“, is a manic, fast paced offering from Some Heard Trouble recorded, mixed and mastered by Callan Orr (Dream On, Dreamer, Bad Juju, alt.). At its core the explosive new single is about the importance of taking care of mental health.

Lyrically taking theme from the perspective of vocalist Cameron Brown, the single deals with the pressures of turning to alcohol in an effort to encourage social capacity and ultimately burning out, taking a toll on ones mental health. Brown was medically misdiagnosed and treated with a medication that depleted energy levels, however the effects were counteracted by the temporary buzz of alcohol. The consistent indulgence lead to a dark spiral until eventually the issue was realised and rectified, but left a lasting mark on Brown.

“I couldn’t have gotten though it without the band,” explains Brown. “Music gave me something to focus on, friends to talk to and somewhere I could vent my emotions.”

Releasing in time for tour, Some Heard Trouble will be celebrating the road to recovery and their new single on an East Coast tour supporting hardcore band Proposal across the nation. Beginning next Thursday, the band will visit Newcastle, Brisbane, Sydney, Wollongong, Melbourne, Adelaide and Albury on their first tour of 2022. Tickets on sale now.

Over the years the band have expanded their repertoire and have supported acts to the likes of Drown This City, The Motion Below, Alera, Signv/s, Above The Fallen and more. Last year the outfit joined forces with What We Did On The Weekend to release a cover of “Therefore I Am” by Billie Eilish for ‘The Better Sessions‘ to raise money for Beyond Blue. Some Heard Trouble also teamed up with Saviour to release a split vinyl through Anti Vinyl Vinyl Club for their 2021 single “Green Room“.

With a deep seeded desire to share their manic craft and showcase their energetic live performance, Some Heard Trouble strive to carve their name into 2022. 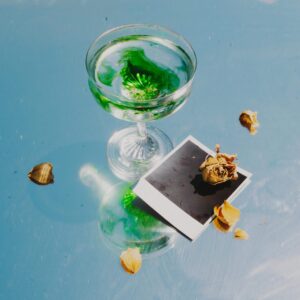 “Death In The Afternoon” is available now and streaming everywhere. Official single cover above 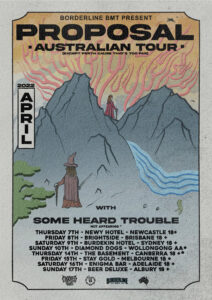