Not For You (Feat. Nicole Millar)

Already showcasing the light and shade across their 2021 releases as the forthcoming album title ‘Dichotomy’ so aptly suggests, Perth duo SLUMBERJACK share their latest blend of dark pop ‘Not For You’. For the release, the pair have teamed up Sydney’s own Nicole Millar – the talented singer-songwriter who has become one of the most sought after topliners after breaking through on Peking Duk’s record ‘High’, before going on to have an incredible solo career, with her debut LP ‘Excuse Me’ featuring a string of hit singles including ‘Tremble’, ‘Blindfolded’, and ‘Signals’.

The new single perfectly complements each of the artist’s individual styles, whilst coming together to create a  seamless and magnetic component of the wider debut album due later this year.

Detailing the contrast in their own style, the duo share, “For us, this song is all about that moment, right at the start of the chorus, where it feels like you’ve just executed the perfect double bounce on a trampoline and you’re absolutely floating. Definitely our bounciest record to date – which fits perfectly in the Dichotomy of the album, we wanted to explore both ends of the spectrum and you can’t have the darker stuff without the fun and playful records. Nicole also was incredible on this one, we went back and forth on so many amazing versions of the song but we felt like we nailed the one that made the final recording!”

Speaking on the opportunity to finally collaborate, Nicole shares “The boys and I have been friends for years and I’ve always been a big fan of their music. I had written a rough idea in LA a while ago and it had just been sitting on my laptop. I sent the idea to the boys and they fell in love, after working back and forth together they just really turned this song into something special. I’m so excited for everyone to hear ‘Not For You’.”

Carving out their own unique space in the dance music scene in Australia, SLUMBERJACK have continued to prove themselves as innovators amongst their peers. Having been known for their big room bass records, and festival anthems, the duo’s ability to be fluid across genres without losing the incomparable SLUMBERJACK touch, has amassed them an army of fans around the world. This year alone, the duo teamed up with Sydnee Carter for the release of the powerful single ‘Poison’, garnering over 3 million streams to date, and support from triple j, and the release of ‘Memory feat. Tailor’ / ‘The Reprise’, again highlighting their extensive and creative range.

Boasting over 150+ million streams across their releases to date, as well as certified Gold records for both their SLUMBERJACK EP and hit single ‘Fracture (Feat. Vera Blue)’, the duo continue to deliver works suitable for the biggest stages in the world. Continuing to collaborate with a wide range of local talent including Alison Wonderland, What So Not,  KLP, and Daniel Johns to name a few, SLUMBERJACK have become an integral part of the Australian dance scene. Adored the worldover for their continued innovation across genres, SLUMBERJACK have earnt themselves multiple Hype Machine number 1s and support from leading dance publications across with the world including EDM.com, Indie Shuffle, EARMILK, YourEDM, ThisSongSlaps, ThisSongIsSick, Nest HQ, and Run The Trap, with Dancing Astronaut praising them for their unique “dissonant future bass sound”. 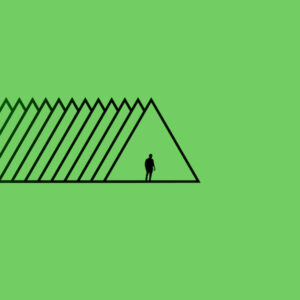 SLUMBERJACK’s new single ‘Not For You (Feat. Nicole Millar)’ is out now on Sweat It Out.