After premiering as part of triple j’s “Quarantune” series, Slowly Slowly are appeasing demand with the official release of ‘Melbourne’ on all platforms today.

As a quintessential Melbourne artist and local, Slowly Slowly frontman Ben Stewart was drafted by triple j to dream up a special “ode to Melbourne” track to commemorate the city’s tough time in lockdown. Not only that, but the challenge involved taking listener requests on what to include in the song and turn it around in just 24 hours.

“Since I accepted this mission I’ve been marinating on all things Melbourne. I miss all of it, warts and all, so it’ll be nice to have something that encapsulates that weird see-saw of missing gigs and also missing walking around without a mask,” Ben told Hobba & Hing of rising to the challenge.

triple j listeners dialled in to share the nuances they miss most about the city, with texts longing for benders at Rev’s, the pole at The Corner, cannoli from Brunetti’s, overpriced coffee, Punt Road traffic and more flooding in.

The resulting ‘Melbourne’ is an exquisite display of Stewart’s lush songwriting, and caused quite the stir (and a few tears) upon release.

Click below to listen to ‘Melbourne’ and watch the DIY clip Ben also put together in 24 hours alongside the song.

Featuring slow-burners like ‘Suicidal Evangelist’ and ‘How It Feels’, explosive stadium rock choruses on ‘Creature Of Habit’ & ‘Michael Angelo’, crowd favourite ‘Jellyfish’ and more, Race Car Blues marks some of the group’s most commanding songwriting to date.

Slowly Slowly are due to celebrate the album on a national tour in June 2021. More details and tickets below. 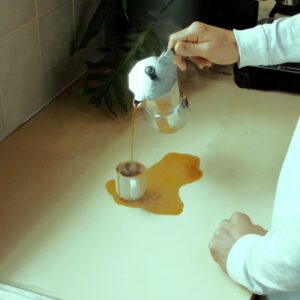 CLICK BELOW TO LISTEN TO
‘RACE CAR BLUES’ IN FULL 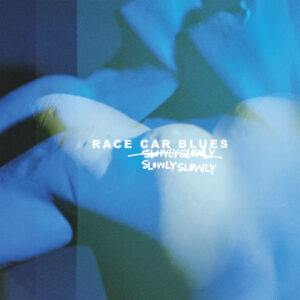