Australian alt favourites Slowly Slowly have announced a huge list of added dates and venue upgrades to their 2021 national headline tour, and revealed label-mates Yours Truly as special guests. It comes after the band played a huge set at Live At The Bowl alongside Ocean Alley, Maddy Jane & The Grogans last week, and ahead along the east coast with Full Tilt Festival shortly.

On heading out on the road, Slowly Slowly bassist Alex Quayle shares:

“With RCB being out in the world for over a year now, we’re so eager to finally be able to give this album the tour and live show it deserves.”

“[It’s] always been the ultimate aim for the band to celebrate the music we love – anthemic heart on sleeve songwriting – but across a broad spectrum of genres. Having no creative ceiling for this project only pushed that ethos further….Chapter 2 pushes the envelope a little further in every direction – heavier, more pop sensibility and a deeper dive into intimate solo songs.”

Upon release, both Race Car Blues and Chapter 2 enjoyed coveted feature positions on triple j, bagged knockout global reviews and together have garnered over 11 Million streams to date.

With both parts of the Race Car Blues saga now out in the world, UNFD is pleased to feature both albums on a whopping 24-track double LP collection titled “Race Car Blues Extended Edition”. Available as an extremely limited collectors’ item, fans can snag remaining copies via 24Hundred now. 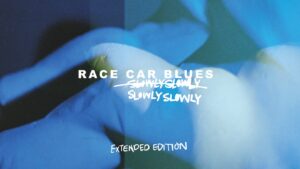 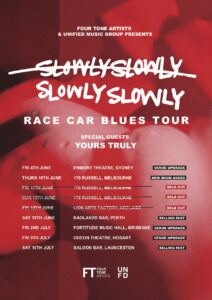