A TRIBUTE TO ARTISTS ACROSS THE GLOBE

Spirited LA-based Aussie singer songwriter Shelley Segal knows the power and influence of music in our lives as well as anyone. Writing and performing from the age of eleven, Shelley has toured the globe several times over, playing to festival crowds of over 30,000 and for small grassroots communities and campaigners alike. And today she shares new single Sing with her Australian fans, melding her usual acoustic guitar-driven storytelling with a strong pop beat and uplifting choral backing vocals, this time as a tribute to musicians, artists and creators.

“This is a difficult time for everybody through the pandemic but especially for artists and musicians who have lost their income and ability to tour and promote their records. This song is a tribute to those who put themselves out there, and a reminder to myself as well, of the power and impact that music has,” Shelley says, “we need artists now more than ever.”

Unable to tour these last two years like artists the world over, Shelley has been producing, recording and releasing new music from her home studio in Los Angeles, with early 2021 singles Pull You Down and Ghostly Afterimage receiving brilliant love from US blogs and playlists, building the anticipation for her upcoming EP Prove You Wrong which is set for release later this year. Shelley’s also been writing for a plethora of artists, with eleven of her co-writes released this past year, including one with local legend Nick Broadhurst (Sneaky Sound System) and landed two songs in the semi finals of the International Songwriting Competition.

The prolific artist has certainly made the most of these covid times. Growing the publishing arm of the record label she founded in Melbourne with her father in 2013, True Music. Now five years in LA, she’s also opened a studio and music production house alongside prolific songwriter and producer Prince Chapelle (NCT 127, Chris Brown, Super Junior). The pair are working on diverse projects locally and around the globe, including Shelley’s features Fall In. With established trance producer Activa for Black Hole Recordings (notching up 150,000 streams in the last few weeks) and SELF with T E M P O (Currently over 600,000 streams).

“While these last two years have been so tough without touring, I’ve been very lucky to have participated in the Sounds Australia Program, ‘Global Music Match’ collaborating with artists from around the world. I was also a part of AIR’s Women in Music mentorship program. While off the road I’ve been building my label True Music, growing the publishing arm of the label, I’ve been working on songs for artists and landing sync placements for film and TV,” Shelley explains. “A recent sync highlight was an HBO Max placement on ‘The Hype’ episode with Cardi B and we had an incredible win this week, as a publisher for Prince on his co-write with Kpop band NCT 127’s ‘Sticker’ which debuted this week at #2 in world on iTunes with over 2.2 million preorders. It’s really mind-blowing. The song was premiered on the Late Late show with James Corden on Saturday and the video has racked up 48 million streams in just days. We’re so proud to share in this amazing achievement with Prince.

I feel really inspired when I think back to starting True Music back in 2013. I started the label with my dad who is a professional musician and has been playing locally for over forty years. We initially started the label to release our own music and to look back and see how far we’ve come, it’s very emotional.”

Known for her explicit and heartfelt lyrics, Sing is true to form for Shelley. The song’s message to artists is clear from the start, opening, “You give the gift of song, when there’s so much in this world that’s going wrong.” Each chorus reaffirms her resounding belief in “the power that you bring, every time you sing.”

And fans can look forward to more singles from Shelley over the coming months before she drops her new EP, Prove You Wrong in December.

Sing is out now.
Join the livestream launch party this Saturday at 11:30am AEST on SHOWED https://showed.tv/truemusic/28 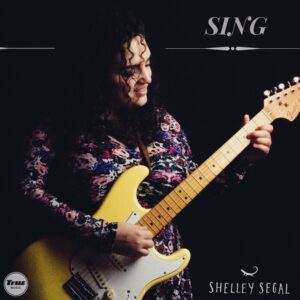