“KILL OR BE KILLED”

FROM THE NEW ALBUM

“WILL OF THE PEOPLE”

Today, Muse share new song “Kill Or Be Killed” ahead of the Will Of The People album release on August 26. Featuring granite-heavy riffs, industrial production flourishes and an expansive, off-kilter prog structure, the track is one of the band’s heaviest songs to date and is already a live favourite.

The song’s visceral intensity inspired a huge reaction from fans (after the band performed “Kill Or Be Killed” at various festivals in recent months), who went on to swarm the band’s social media with calls for it to be released. Responding to the overwhelming “will of the people”, Muse decided to share “Kill Or Be Killed” ahead of the album release.

Matt Bellamy said, “’Kill Or Be Killed’ is Muse at their heaviest! We wanted to update our hard rock sound on this album and with ‘Kill Or Be Killed’ we found a modern metal sound featuring double bass drum action and even a death growl. Lyrically the song takes influence from my favourite Paul McCartney song ‘Live And Let Die’, a dark take on how life’s adversity can sometimes bring out the worst human instincts to survival at any costs.”

The Will Of The People album is available to pre-order / pre-save HERE. “Kill Or Be Killed”, “Compliance”, “Won’t Stand Down” and the title track are all provided as instant downloads for fans who pre-order the album. It will be released on digital, black vinyl and CD, as well as a selection of collectable formats.

Muse consists of Matt Bellamy, Dominic Howard and Chris Wolstenholme. Their last album, Simulation Theory, debuted at #1 in the UK and marked the band’s sixth straight album to debut in the top spot. In Australia the album debuted at #6. Their previous studio album, Drones, debuted at #1 on the ARIA chart and went on to win a Grammy Award for Best Rock Album, the band’s second, in February 2016. Since forming in 1994, Muse have released eight studio albums, selling over 20 million albums worldwide. 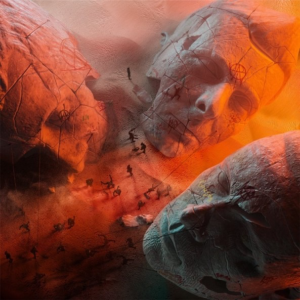