‘Defence Mechanisms’ is five tracks of reflective and dynamic alternative rock, all-inclusive with arduous melodies, sincere lyricism and compelling instrumentation that strengthens the group’s notoriety and defines their prominent sound.

“This record is about resilience and strength, vulnerability and authenticity, self-worth and self-determination. The growing of armour. ‘Defence Mechanisms’ explores concepts of power and control, ambition and listlessness, political frustration, queerness and gender, all fuelled with a relentless vengeance.”

EP opener and lead single ‘White Noise’ introduces vitality with a comprehensive mix of ominous guitars and resolute drums, mesmerising the listener in a sweeping movement of powerful vigour. Track two, ‘Out Of Time’, commences with ethereal riffs and a resonant rhythm section, combining for an enthralling chorus that takes cues from the band’s 90’s influences. Bending the rubrics of harmonic expression, the track’s broad form thrusts the listener into a captivating finale.

Introducing track three, ‘Tired Eyes’, is a steady fusion of polyphony that heaves into an arena-sized chorus, layered with richly distorted guitars and reverberated vocals, while a resounding nostalgic melody soars above the arrangement, fulfilling its impassioned atmosphere. Track four, ‘Low Tides’, substitutes energy for intimacy, as the tempo and vulnerable production emphasis the authenticity behind Second Idol’s song writing.

Finally, ‘The Way It Is’ caps off the EP with a familiarising mixture of candidness and insolence, conveyed through clean and fuzzy guitars, sturdy drums and fervent vocals. It summarises a thoughtful and pensive body of work, shining a light on the trio’s diversity and liberation through their dynamical aptitudes and the EP’s subject matter. 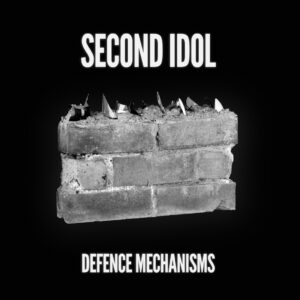