Celebrated Perth melodic hardcore outfit, Saviour, have returned with a fresh new single “Reshape Me“, which comes paired with the announcement of the bands signing to independent record label, Greyscale Records.

“Reshape Me” has existed in Saviour’s repertoire for some time, taking many shapes and forms in its development over the past five years. Having not made the cut on previous album ‘A Lunar Rose‘, a rewrite and restructure from guitarist Curtis Tunks added a new dimension to the track and essentially lived out its meaning when the track was reshaped “from a rock into a gem“.

“Reshape Me” pairs the aggressive and impenetrable vocal stylings of Bryant Best with the beautifully hypnotic counterpart vocalist and keyboardist, Shontay Snow. The package ties together with siren-like lead lines and edgy guitar rhythms, satisfying any fan who has fallen in love with Saviour’s unique brand of melodic and post-hardcore.

Saviour joins forces with Greyscale Records to release “Reshape Me“, looking toward to a bright partnership alongside leading names in the alternative industry. Joining Alpha Wolf, Make Them Suffer, Deadlights, Diamond Construct and more, Saviour find a home within the organised chaos of one of Australia’s finest DIY labels.

Since the initial spark of creativity that grew to become the inferno that is Perth’s beloved heavy melodic act Saviour, both the external world, and the internal mechanics of the band have changed dramatically. One thing that will forever remain, is Saviour’s burning desire to create something truly unique within the alternative music scene. Their etherial collision of aggressive post-hardcore with atmospheric electronic sounds and vocals has lead to the six-piece standing out from the crowd for over a decade now.

After a few years of dormancy, the band returned to stages in late 2017 with a fire burning stronger than ever. 2020 began with the release of their critically acclaimed album ‘A Lunar Rose’ and the band had the world ahead of them before things came to a grinding halt. Not to be deterred, the band spent that time honing their craft, and as the world returns to some sense of normality, so too have Saviour, and the future has never shined so bright.

“Reshape Me” is available and streaming everywhere now. 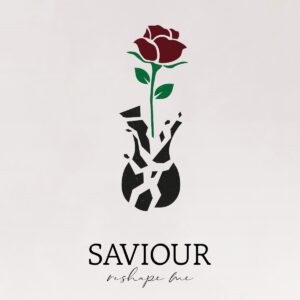