‘Shine & Fade’ is an evolution of Saviour’s sound and is an expansion of different themes, exploring heavier, darker and catchier sounds while staying true to Saviour’s roots. Welcoming guitarist Curtis Tunks to the fold in 2019, the six-piece found a fresh new drive and extra influence that sets this fifth offering apart from previous releases. “Whilst keeping it heavy and melodic has always been a signature for the band, Curtis has definitely brought a technicality and playing style that has helped this LP find its own identity“.

The album has received nothing but positive review so far:“…lofty guitar leads, progressive touches, dreamy choruses and juddering breakdowns. Chalk up another win for Aussie metalcore.” Metal Hammer“Shine & Fade, feels like every song could be a lead single & one after the other could be their best yet.” Kill Your Stereo“Considering Shine & Fade is album number five, it feels odd that as a group, Saviour still quite often gets mistaken for up and comers. After its release, Shine & Fade will shatter that misconception, with it highlighting once and for all that Saviour are masters of their craft.” Hysteria Mag“Shine & Fade is pretty slick with songs that are catchy and heavy without betraying their principles.” Wall Of Sound“A passionate melodic metal/metalcore display, Saviour ooze authenticity on this new release. Delivering a commanding display of bouncy, heartfelt, and appealing metal music from beginning to end.” GBHBL“Shine & Fade is an expansion of their sound rather than a total reinvention, but it is executed wonderfully.” Boolin Tunes

The other unique inclusion to ‘Shine & Fade’ is the addition of bassist Chris Pearce vocals. “We have been flirting with the idea of bringing Chris’s voice into Saviour for years now, and this LP seemed like the right time to do so. He’s been doing incredible stuff with his solo project Reins and the team here is psyched with how cohesive his voice on this LP works alongside Bryant and Shontay.”

‘Shine & Fade’ varies from track to track, with each song becoming its own entity rather than making up pieces of a puzzle. ‘Shine’ signifies strong wellbeing and good times and ‘Fade’ represents the process of how that eventually seem to change.

Saviour is Bryant Best (vocals), Shontay Snow (vocals/keys), Curtis Tunks (guitar), Chris Pearce (vocals, bass), Daniel Rees (guitar) and Michael Matta (guitar). Since the initial spark of creativity that grew to become the inferno that is Perth’s beloved heavy melodic act Saviour, both the external world and the internal mechanics of the band have changed dramatically. One thing that will forever remain, is Saviour’s burning desire to create something truly unique within the alternative music scene. Their etherial collision of aggressive post-hardcore with atmospheric electronic sounds and vocals has lead to the six-piece standing out from the crowd for over a decade. 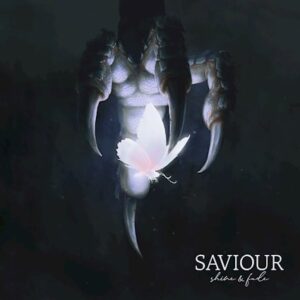 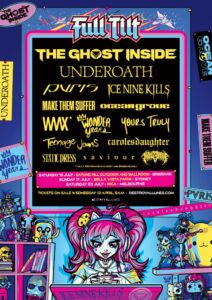