Ivy League Records is excited to unleash ‘Collide’, the dreamy new single from Melbourne artist Sappho. A celebration of escapism and embracing all the weird and wonderful places your imagination can take you, ‘Collide’ arrives right in time to become the theme song to your balmy summer nights.

Sappho says of the track,“Collide is a song that celebrates fantasy, and all the things you can do with your imagination. Somewhere where you find Fabio… or your version of Fabio. Collide is a song where you can let go .. accept the crazy, lovely places that your brain can sometimes take you too. Collide is about imaginary lovin”.

Sappho will be supporting Mia Wray on Thu Feb 24 at the Corner Hotel for her debut performance, with full band + back-up dancers, followed by headline shows in Melbourne at The Curtin on Fri May 6 and in Sydney at The Vanguard on Thu May 12.

‘Collide’ is Sappho’s second single following her irresistible 2021 debut, ‘Flex’, which served as an introduction into Sappho’s colourful world of pulsating grooves that are impossible not to dance to. Produced by writing collaborator Rob Amoruso (Baker Boy, G-Flip, Mia Wray, Budjerah) ‘Collide’ is lush, euphoric, and even a little sexy.

The moniker Sappho is of great significance to Phoebe Baker (the iconic voice of Alpine). When she was born, her parents were torn between naming her Phoebe or Sappho, they opted for the former and so it makes complete sense that Baker’s first solo effort bare the name that could have been.

Sappho was born in early 2018, when Baker found herself exploring ideas and, for the first time, writing music without any real intention.

With no limitations or boundaries, Baker threw herself into exploring her pop influences. ‘Flex’ came early and set the tone, from there, the music began to flow. After a few months of writing, Baker realised these songs were turning into more than just a fun creative outlet, they had become something empowering, with a voice that showcased to the world her sound – the Sappho sound. 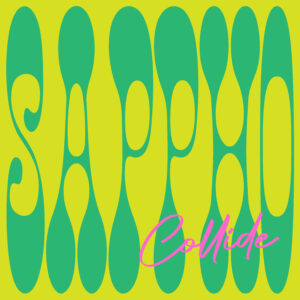