Ivy League Records is extremely proud to release Cycles, the assured debut solo album from Sam Teskey – lead guitarist, ARIA Award winning and Grammy-nominated engineer from The Teskey Brothers.  What Teskey presents across Cycles is nothing short of a cosmic journey, one that traverses a lot of musical territory, from sprawling, orchestral balladry to dissonant, ambient soundscapes, from folk to heavy psych-rock freak outs, it’s a surprising, thrilling and immersive listen.

“So excited to have Cycles out in the world. There’s been a lot of sitting on it and a lot of work has gone into it. I would love people to listen to it from start to finish. It’s been a big journey creating it and I hope it’s a big journey for everyone listening to it.  If you can, chuck some headphones on, turn the lights out and just zone in and bliss out.”
– Sam Teskey

To coincide with the release is the gripping, cinematic video for ‘Let The Sun Bring The Light’, directed by Benjamin Laut in the heart of regional Victoria. Watch the video HERE.

Inspired by the great English psychedelic bands of the late 60s and 70s, like Pink Floyd and specifically their album Meddle, Sam has made a record to be enjoyed as a whole, from start to finish.

Teskey’s own creative journey with the album began in early 2020. Housebound, with touring at a stand-still, he turned his attention to the vast back catalogue of music he’d amassed over the years.  Teskey spent a painstaking amount of time digging through his old demos, sitting with them and thinking deeply about which songs would best capture what he wanted to say. Starting where most artists finish, he settled on the track-listing before recording a note, thoughtfully building the demos into one body of work, with each track seamlessly melting into the next.

Largely eschewing traditional song structures, Teskey instead builds tracks that ebb and flow like a stream of consciousness. When lyrics do emerge, they come as oblique, poetic mantras – “The sun will bring the light, but the light will bring a war, till the sun’s no more,” he intones on ‘Let The Sun Bring The Light’ – dropping at crucial moments in the music.

Fans can experience Cycles live during Sam Teskey’s debut solo tour, which has been rescheduled to December. Following his headline tour, Sam has been announced to join the Bluesfest 2022, performing a solo set with his band as well as a set with The Teskey Brothers. 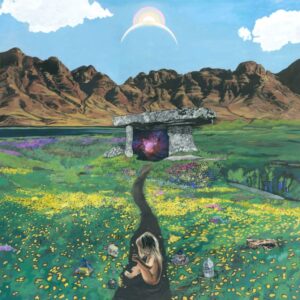