RÜFÜS DU SOL have been quiet. Quietly looking inwards, quietly crafting a new world to explore with their fans, quietly relearning what it means to be Alive…

Today the band continues its legacy as global leaders of the live-electronic movement, releasing the first new music since their Grammy nominated 2018 SOLACE album. Alive, out now on Rose Avenue and Reprise / Warner Records, is a transcendent take from a group that have built a career on defying expectations. 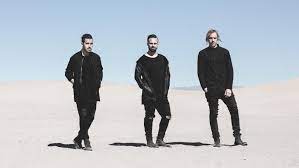 Premiered today on The Zane Lowe Show, Alive is adorned with haunting lyricism and inventive broken beat percussion, encapsulating the highs and lows of a lost but not forgotten year. RÜFÜS DU SOL’s lead singer Tyrone calls out with a sense of urgent and naked emotion, these are intensely personal lyrics for him, yet they encapsulate the feelings many of us have endured the past year:

It takes me down and leaves me there

It creeps inside and meets me there…..

Alive is the initial taste of what the band’s reemergence sounds like; a retention of the darkness they have consistently explored, notably on SOLACE, paired with a glistening energy aimed to uplift and uphold their dedication to wowing larger than life dancefloors.

Alive begins to sculpt the first look into a new world for the band and their fans to cohabitate, a continuation of the exploration of place that defines the way they write and perform music. From their debut album recorded on the coast of Australia, onwards to the brooding BLOOM written in the streets of techno mecca Berlin, to SOLACE’s glimpse of the darker side of Los Angeles, the trio now push outwards, less bound by Geographical location, to the wider reaches of space and time.

In lead singer Tyrone Lindqvist’s own words, “It’s a heavier song in some ways, but at its core it’s hopeful. We are – all of us – living in this transitional moment right now and we wanted to focus on the hope that the future holds for us all. To focus on the light at the end of this tunnel.”

This announcement comes alongside the reveal of the band’s North American Fall Tour, and they have already experienced an immense demand for their live return, selling 70,000 tickets in three days for their largest headlining shows to date at Los Angeles Banc of California Stadium. The onsale was a true barometer for just how deeply fans crave the sonic escapism RÜFÜS DU SOL work to deliver at every show.  This banner moment  joins two sold out nights at Red Rocks Amphitheater in August, and a bevy of headlining festival appearances already announced including Governors Ball, Austin City Limits, III Points and more.

Armed with platinum-certified albums ATLAS and BLOOM and gold album SOLACE, all of which spawned multi-platinum, platinum and gold singles Take Me, Sundream, Desert Night, You Were Right, Like An Animal, Say A Prayer For Me, Innerbloom, Underwater and You Were Right, and with 2020’s Live From Joshua Tree Live album and film accumulating over 11 million views and 20 million streams, it’s safe to say Aussies are definitely ready for new RÜFÜS DU SOL. 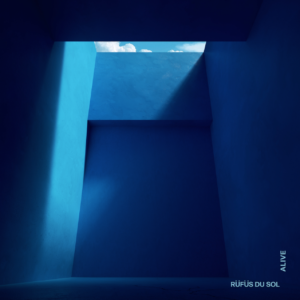