Rising singer-songwriter ROSIE releases her new single & video, “Sad Sad Sad,” out today via Arista Records. After releasing her viral hit “Never The 1” in 2020, ROSIE has continued to deliver a series of captivating singles as she heads towards the release of her debut EP.

Her debut EP, which is slated for release this Fall, explores the five stages of grief. In a statement about how her new single “Sad Sad Sad” aligns with the EP’s theme, ROSIE says, “The song represents acceptance and how, after a full year of healing and growing, sadness can still creep in. This feeling is a reminder that sometimes there are certain scars that never go away, and when sadness is accepted it can serve as a lesson to never repeat the same mistake twice.”

Opening with gentle guitar strumming, ROSIE’s soft vocals deliver a heart-wrenching first verse: “Too many restless nights my body’s shaking / My head hurts gotta stomach ache / Too many sleepless nights and I’m impatient / Like a war inside my mind / I’m anxious all the time.” As the production kicks in, “Sad Sad Sad” transforms into a captivating anthem packed with palpable, raw emotion.

ABOUT ROSIE:
No filters, no Facetune, no Vsco, no makeup, no bullshit. What you see is what you get with 21-year-old singer-songwriter ROSIE. “I want to be transparent. Everything is exactly as it appears,” she says. “The scale of emotions that everyone feels is such a spectrum. The bad days are equally as important as the good days. Be strong when you’re feeling strong, be vulnerable when you’re feeling vulnerable.”

Seeking to create a safe place online and through her music, ROSIE’s willingness to get real struck a chord with millions. Her stripped back breakup ballad, “Never the 1”, amassed over 15 million views on TikTok highlighting ROSIE’s songwriting prowess.

Recently signed to Arista Records, ROSIE prepares for her next challenge – the release of her debut EP. Having written 90 songs for the project, it’s no telling where her insatiable resolve and open heart will take her next. 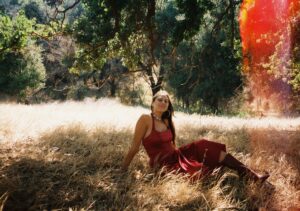