After keeping a relatively low profile throughout the past apocalyptic year, The Post Romantics crashed out of gates with a surprise return in IDLU, followed up by Travis Barker-sampled LEFT4DEAD! and the heartbreaking useless.

Known for pushing their songwriting boundaries, ‘eden’ showcases the band’s genre-defying sound in full effect. Heavy rock guitar riffs, trap-infused drum beats, and sultry R&B vocals unify to create an exciting yet unsettling sound. Opening the record with an intrusive, in-your-face aggression on IDLU, waning to introspective reflection on useless as the band journey through the light and dark.

eden was written in an attempt to find your happiness, to find your own paradise, a figurative ‘Garden of Eden’. Whilst everyone else is striving to find their personal Eden, The Post Romantics reflected on the things that get in the way of finding that happiness. In such a tumultuous time, the band found a way to externalise these thoughts through this EP.

“This year left us a lot of time to reflect on who we are, and why we are that way” says vocalist Connor, “Sometimes when you’re unhappy, you make it worse for yourself. It wasn’t a particularly pleasant experience writing this EP, it felt like a very long therapy session, but it was cathartic and we figured out a lot of stuff about ourselves. We’re self destructive, we can be pretty self-loathing and we let people close to us bring us down. At least now we can work on ourselves. Whoever said ignorance is bliss…”

The Post Romantics (formed of brothers Connor Cockbain, Cameron Cockbain and Liam Cockbain along with their childhood friend, Sam Barton) sound quite unlike anything in the scene they grew up in; finding solace in the darker aesthetic of artists such as The Weeknd, Massive Attack and Metallica. Eventually coming together to write as The Post Romantics, their sound culminated in an exciting blend of emo-R&B that provides a gritty narrative of their own personal life experiences.

Aided by their mesmerising live shows, the band grew locally and cut their teeth supporting the likes of Wolf Alice, Larkins and Hacktivist, before selling out their own headline shows in Liverpool and London. After working with Liverpool producers Al Groves (Bring Me The Horizon) and Sugar House (Pale Waves), the band have since been championed by Kerrang!, 6Music and made this year’s BBC Introducing ‘Hot List for Reading + Leeds’.

Hot off the back of their first sold-out hometown show at Jimmy’s, expect many more things to come this year.

“A band who couldn’t care less about the rulebook, they’re blending trap, R&B with alt-rock that stands out a mile” – Alex Baker, Kerrang! 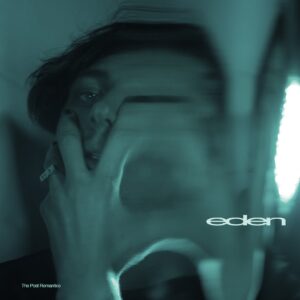