SINGLE “NOISE IN MY HEAD”

Brisbane metal outfit Revoid are releasing their final single, “Noise In My Head” from their forthcoming EP ‘Sleepless Still‘, out next Friday April 29.

“Noise In My Head” is a melodic metal offering about feeling overwhelmed by the seemingly infinite amount of voices and perspectives that present themselves in times of change. Floating between light and dark elements, the single musically takes listeners on a thoughtful journey. The video premiered via Dreambound where the video has already collected over 18,000 views.

“Generally, people only ever want the best for you and your situation but perspective is a tricky thing, and some people’s idea of “the best” may be the last thing you need,” explains vocalist Dale Dudeson. “Sometimes it causes more emotional or psychological turmoil in the process, complicating things even further and straining relationships. It’s easy to get lost in your own thoughts when they’re as loud as the rain.”

Teaming up with Mark Williamson of Keywork Audio (Inertia, Closure, Keepsake) to engineer the release as well as welcoming Kris Crummett (Dance Gavin Dance, Hail The Sun, Sleeping With Sirens) to master, Revoid have set a new standard for themselves with their latest releases.

For fans of Architects, Polaris and Wage War, ‘Sleepless Still‘ is a glaring, personal insight into modern society, and the coping mechanisms adopted to make it through. To celebrate the debut release, the band have teamed up with Anti Vinyl Vinyl Club to print a handful of exclusive vinyl pressings, on sale now.

“Gloomsayer” and “Ghost” introduced listeners to their first taste of the debut EP and both came out the gates swinging on release. Soaring to over 55,000 Spotify streams collectively within a couple of weeks with “Gloomsayer” finding its way into triple j Unearthed rotation, showcasing Revoid at their strongest. Wall Of Sound highlighted: “we are on the edge of our seats waiting for what else they have to offer this year“.

“Noise In My Head“, “Ghost” and “Gloomsayer” are available and streaming everywhere now. The debut EP ‘Sleepless Still‘ will be available Friday April 29. 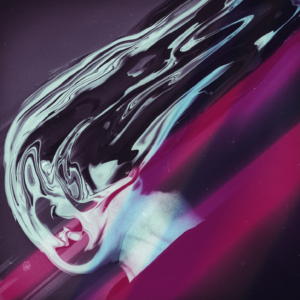 Revoid single ‘Noise In My Head’  out now. Official single artwork above 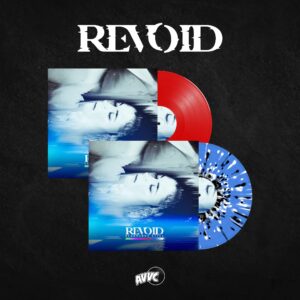