“About to ascend to a whole new level”
Red Bull Music

“No matter what mood you’re in, Raj will find a way to scream, spit, or
sing you right into the middle of the mosh pit”
Acclaim

“Fuses bars with elements of punk and electronic, making for
a sound that’s perfectly suited for mosh pits.”
Complex

With this release, Raj Mahal is staunch, firm and intense, traversing an array of sonic bounds. Joining the hard-edged ‘GLIMPSE‘ and minimalist ‘GET ME FROM‘ includes the gothic driven ‘GUARANTEE’ and hymnal backed ‘2DOECOO’, before shifting to the electronica laden ‘BREAKS’ contrasted with the trap heavy ‘PASTRANAK’ and ‘EZAQLEE’. ‘DUCHOVY’ rallies the RAW DAWG journey together, with a sample of Raj reflecting, “When you’re down you’ll never be able to compare yourself to when you’re up, but later you’ll completely forget about that shit and move onto the next.” Earnest in its entirety, RAW DAWG is a display of the stark mental state that birthed it. Throughout, Mahal’s message is clear – the long time hustler for his craft is on a mission for stardom.

For the Boston born rapper, relocating to Australia was a decision made to find himself both emotionally and musically. Inspired by his uncles, key members of Boston’s small hip hop scene, Raj Mahal began rapping as a teenager, but his primary focus was on pursuing a career in football. Before long, with his family’s influence and an unsuspecting introduction to a producer several oceans away, Mahal put football on the backburner and took the plunge. No longer holding back with his drone laced blows, Mahal hopes to craft a lane for hip hop’s formidable storytelling origins to return to the local spotlight.

Reflecting on his journey with the release of this EP, Raj Mahal shares: “RAW DAWG was a self care mechanism that helped get me out of a dark place this year. It made me remember who I am and what I’m about to do and I don’t plan on forgetting that ever again.”

RAW DAWG is Raj’s first major release since 2017’s, Neva Safe, following on from a string of standalone singles that has seen his stock skyrocket in his adopted country’s hip-hop scene. In between then releases Mahal has collaborated with Triple One, Nerve, Dro Carey, Yibby and more, has performed as one quarter of Savour the Rations, his group with Gibrillah and Domba, and has opened for Wiley, YG and Smokepurpp on their Australian tours. Now with RAW DAWG, Mahal arrives with guts and soul-baring faith, in an exercise of zero restraint.

RAW DAWG EP is out now, buy/stream it here. 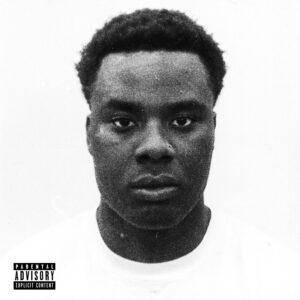