Throughout history, live music has been there for Australia in both the good times and the bad times.  Victoria, we are officially ready for the good times!

The Victorian State Government, Arts Centre Melbourne, Frontier Touring/Mushroom Group and Live Nation are set to stage one massive celebratory evening of music with Play On Victoria featuring some of Victoria’s finest performers.  King Gizzard & The Lizard Wizard, Amyl and The Sniffers, Baker Boy, Vika & Linda and Grace Cummings and Her Band will perform live at Melbourne’s iconic Sidney Myer Music Bowl to an audience of almost 4,000.

A COVIDSafe test event, the concert will be the first major gathering in Victoria off the back of lockdown ending.

Minister for Creative Industries and Government Services Danny Pearson said: ‘We’re thrilled to be supporting our live music scene through this trial, which will see thousands of music lovers celebrate local artists in COVIDSafe settings. It’s a big step on the way to getting live music up and running again.’

‘Never have we been so excited to play a show. It’s been so long between drinks! Bizarrely, our last Melbourne show was also at the Bowl, so our plan is to present an entirely new set-list with no repeats. Some old stuff, some Butterfly 3000 stuff, some new-new stuff. CAN’T WAIT!!’ – Stu Mackenzie, King Gizzard & The Lizard Wizard

‘It’s been a hell of a long wait. We’re so happy we can finally play for you guys. Honestly thought it was never going to happen.’ – Amyl and The Sniffers

‘I’m so pumped to be performing at the Sidney Myer Music Bowl for Play On VIC! I have just had to postpone my headline tour because of ongoing border restrictions so it feels really great to have this kind of support in Victoria! I think I’m more excited for the punters to be honest, I’m so stoked for people who have been in lockdown for so long to have a gig like this! I can’t wait to break it down and party with them!’
– Baker Boy

‘After 19 long months of cancelled and postponed shows, being told to be patient, being unable to perform, I am unbelievably excited to be a part of this show. My band and I are going to bring everything we have to this, so get there early.’ – Grace Cummings

Tickets to the concert will go on sale this Friday 22 October at 3pm from Ticketek.com.auwith tickets priced at a very special $29.90*.

Those wishing to attend the concert will need to be fully vaccinated.

You can add your COVID-19 digital certificate to the Services Victoria app through MyGov or the Express Medicare Plus App.

Proof of vaccination can also be shown through the Medicare app, or equivalent smartphone wallet. You can also present a printed version of your certificate or immunisation history statement or provide evidence of a valid exemption.

Attendees will be required to wear masks and the venue will be broken into zones to allow for social distancing.  Under current restriction settings, only fans residing in metropolitan Melbourne are permitted to attend the concert.

Don’t miss out on your chance to be a part of the return of live music to Victoria!  Tickets are on sale this Friday and are expected to sell quickly.

GENERAL PUBLIC ON SALE
via ticketek.com.au
Begins: Friday 22 October (3pm local time)
This is an 18+ event. Proof of age will be required to attend.
Tickets just $29.90*
* Additional transaction fees and credit/debit card processing fees may apply

YOUR SAFETY AND WELLBEING
All event attendees must be fully vaccinated.
You will need to verify your vaccination status at the point of entry.
Please download the Service Victoria app and link your COVID-19 digital certificate prior to arrival.
Read more about our COVIDSafe measures + T&C’s

King Gizzard & The Lizard Wizard below 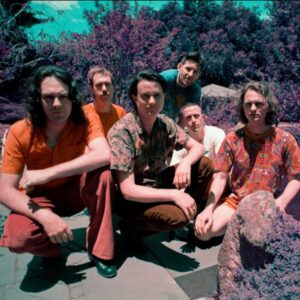 Amyl and The Sniffers
Melbourne punkers Amyl and The Sniffers are back tighter and tougher than before on new album Comfort to Me. Released this September, it debuted at #2 in the ARIA Album Charts, #21 in the UK, #2 on US Billboard Heatseekers Chart and #18 on the Billboard Album chart. Radio are all over it too: BBC6’s Album of the Day, triple j Feature Album, Album of the Week at media outlets around the world. Short, fast, loud and funny, this dizzying four-piece put on a ball-tearing live show! Listen to their latest single ‘Hertz’.

Amyl and The Sniffers below 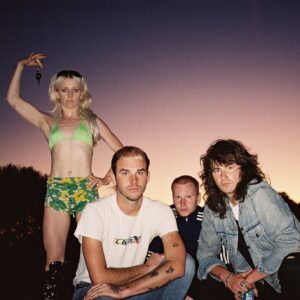 Baker Boy
First introduced to adoring fans back in 2017, the entirety of Baker Boy’s art – from his infectious flow to his modern-throwback production to the jaw-dropping dance moves perfected as part of the Djuki Mala troupe – connects instantly. His blistering debut album Gela was released just last week to huge acclaim, and with over 42 million streams to date of his music worldwide there’s no slowing this charismatic rapper down. Recently performing to millions at the AFL Grand Final, the 2019 Young Australian of the Year and 6 x ARIA nominee is going to blow the roof of the Bowl when he hits the stage. 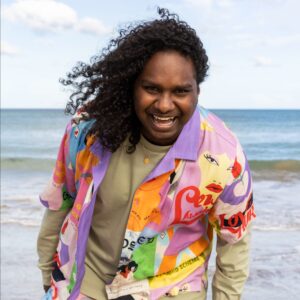 Vika & Linda
The long wait is over for Vika & Linda fans, the beloved duo finally releasing their first album of original songs in 19 years last month, aptly titled The Wait. It follows a triumphant 2020, which saw Vika & Linda score their first #1 album when their career anthology ‘Akilotoa, entered the charts – the first ever #1 album by an Aussie female duo. Three months later, gospel collection Sunday (The Gospel According To Iso)debuted at #2. With their soulful vocals right at the fore, Vika & Linda are not to be missed. 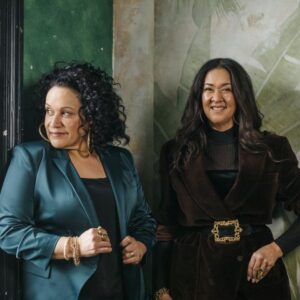 Grace Cummings and Her Band
Influenced by 20th century luminaries such as Joni Mitchell, Bob Dylan, Brett Whitely and Van Gogh, songwriter, singer and actor Grace Cummings’ upcoming sophomore album, Storm Queen, will drop early 2022 on US label ATO Records (Alabama Shakes, My Morning Jacket, King Gizz). Says Billboard, Grace “deploys her voice like a shock to the system”. Having supported acts such as Weyes Blood, Evan Dando, J Mascis and the Allah-Lahs, the new disc follows on from her much touted 2019 debut, Refuge Cove, which earned accolades from Pitchfork and Allmusic. Listen to Grace’s “unfettered conviction” (Happy) on the just released ‘Heaven’,which got its debut on NPR’s All Songs Considered and was listed by Rolling Stoneas a ‘Song You Need To Know’. 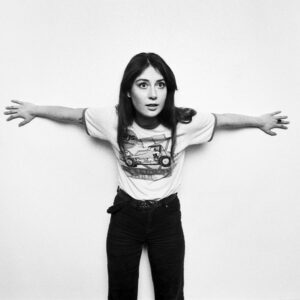