Essex-based rock four-piece Palps are pleased to announce the release of their debut album ‘Black Heart’ on October 7th 2022.

Since their formation in 2018, this is the group’s most ambitious work to date. The follow up to the band’s 2020 debut EP ‘Letters To You (That I’ll Never Send), Black Heart sees Palps turn their eight-track album into a harrowing eight-chapter short story which highlights the daily struggles of someone navigating their poor mental health and how it affects not only them but those around them.

Across each of the tracks’ music videos, we are introduced to four characters, the story’s protagonist Matt, plus Rose, Charlotte and the Plague Doctor. The story deepens and grows with each single release, with the room, at times tidy and decorated and at others cluttered or destroyed representing Matt’s mental state, whilst the plague doctor character represents his suicidal thoughts.

Produced, mixed and mastered with Jack Twiner at Pyramid Studios in Reading, every track on the album unravels and pieces itself back together song by song, yet somehow manages to end up someplace uglier and more uncertain than the track before.

Prior to the album’s release comes it’s next single ‘Love, Always’, the second chapter of the album’s story, due for release April 1st.  With clear post-hardcore influences, Love, Always blends expansive guitar tone backdrops, punchy drums, emotive, introspective lyrics and cathartic choruses to provide an unflinching glimpse into the mind of someone tormented by lost love.

Speaking about the album as a whole, vocalist and lyricist Alex Gray states, “Black Heart at its core is about how traumatic events and mental health struggles can leave you hardened, no longer able to express love in the same way that you used to and can often lead to you hurting those closest to you, without you even realising.“

Love, Always is out now and is available on all major digital platforms. 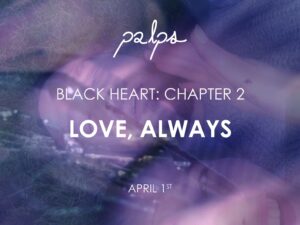 Black Heart is due for release October 7th 2022 and will be available on all major digital platforms. 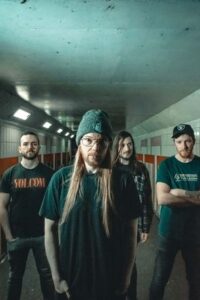 FOR FANS OF: Movements / Citizen / The World is a Beautiful Place