After an explosive first year, Melbourne metal outfit, Observist, are back with another brutal offering in the form of, “Human.”

It’s a track that incorporates stylistic elements of Djent and the low-tuned discordance of Thall to perfectly illustrate the sombre longing for self-acceptance present in the track’s lyrics.

Vocalist Chris Conroy explains, “The song it’s about being human, reflecting on yourself and seeing the kind of person you were; even if you hated it. It’s okay to have flaws; it’s okay to still be in a place of seeking self-acceptance; it’s okay to constantly ask for help; nobodies perfect; we’re only human.”

“The sonic goal of this song was for it to smack you in the face from the get-go while having a smooth flow with lots of groove and ever-flowing riffs.”

Since releasing their debut single “Fragments,” in April last year, Observist have found themselves on a rapid trajectory supporting local heavyweights such as Alpha Wolf, Mirrors and The Gloom In The Corner as well as appearing at Brisbane’s Halloween Hysteria Festival earlier this year.

“Human,” is the first release since their debut EP, ‘From The Ashes,’ came out in June 2021, and is available to stream now on all platforms. 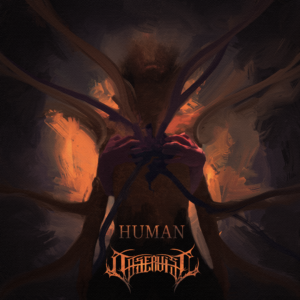