ANNOUNCE ‘FROM THE ASHES’

Brand new band OBSERVIST are set to make their mark in the heavy music scene in Australia. Announcing their arrival in late March, Observist burned their previous incarnation as a band to the ground, entered the chrysalis and emerged as something new, something better, something stronger.

Today, they announce their debut single as Observist, a tough as nails metalcore single entitled Fragments, alongside a video. Additionally, they are announcing the release of their debut EP, the aptly titled ‘From The Ashes’, which will see its release on Friday June 4th, with pre-orders opening on Friday April 9th at [LINK].

All of this comes at an opportune moment, with the band playing their first show as Observist supporting scene legends Alpha Wolf in Ballarat on April 25th. The show at Volta is completely sold out already!

The Fragments single and video, according to the band, is about “…the pinnacle concept of time, the embodied message of “what would you do?” When presented the situation, will you give in to the ideology of what is expected of you, give into the mindset that everything is laid out to be a certain way, or will you disconnect, forget everything you know, relinquish all control and just live.”

The Melbourne metalcore outfit wanted to make a statement with their initial release of music and as such, the band says that the ‘From The Ashes’ EP symbolises “…rebirth, rising up from what we once were to reveal something even greater. This is more than just a chance to show everyone what we’ve been working on, this is our chance to start anew. Exploring a vast array of topics and themes throughout; no matter who you are we hope there is a track within this record that connects with a whole bunch of people.”

Observist’s debut EP ‘From The Ashes’ will be released on Friday June 4th and can be pre-ordered from Friday April 9 onwards at [LINK]. Single ‘Fragments’ will see its release on to all digital stores and streaming platforms on Friday April 9 at [LINK]. Tickets to Observist’s show with Alpha Wolf in Ballarat on Sunday April 25th are SOLD OUT. 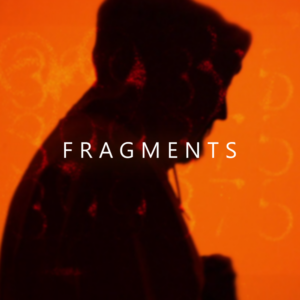