Broth Records is a network of musicians and creatives who together represent community, independence and pure music discovery at its core. Its ethos remains firmly planted in Malani’s interpersonal approach and a DIY mentality that could only be shaped by his near-decade tenure as a musician, formerly of Gang of Youths. This experience, born out of sheer creativity and ambition built from the ground up, is what gives Joji the means to understand the artist process first and foremost and nurture those taken under his wing.

Of the launch Joji Malani says “I am thankful to have a great partner in The Orchard and excited to work hard and throw myself at this next venture with these amazing acts.” Blake Rayner, General Manager of The Orchard for Australia and New Zealand echoes Malani’s sentiment, adding “Joji came to me with the idea of a very modern independent record label that represented an incredible diverse roster of artists and genres. The Orchard’s teams in Sydney and New York worked closely with Joji to develop a structure that suited his vision. We are delighted to offer the leverage and reach of The Orchard’s global teams for the Broth Records artist roster for many years to come.”

Malani continues, “In one of my early hospitality jobs, there was a storeroom malfunction that caused our many vats of broth to collapse and flood the storeroom. It added a painful extra five unpaid hours of cleaning the spillage and remaking all the broths to my shift, causing much justified resentment towards soups and warm liquids. I thought it was nonsense, a soup made up of so much of random meat and veg, that takes so long to prepare and to my untrained taste buds, made very little difference to the end product.

The chef saw my disgruntled demeanor and was motivated to improve my countenance towards broths. He made two dishes, one with and one without the broth, which he asked me to try and to show him which one tasted better. Unbeknownst to me, I acknowledged the broth based dish. The chef then went on to impart a lesson I would never forget: ‘You may not see the value in the process of what goes into the broth but without the time and process, you don’t get the end result.’

I changed a lot that day. That thought and concept caused me to become so thorough. Not cutting corners but trying to be present and fall in love with the process. I’m privileged enough to have had the career I’ve had so far and achieved so much success, but it’s the ‘broth’ that nobody else sees. A good broth can either be enjoyed on its own or can form a strong base for most meals. A good broth is uncompromising. The labour of love behind those many tours and recordings, that’s what makes the end product so much more special. This is what I look forward to sharing with Broth Records, and to be a part of with the new acts that I will be releasing.”

Beyond Joji’s forthcoming solo project, the Broth artist roster is dedicated to ambitious bedroom music; “the Australian art that I see and want to see more of. Diverse in race and gender, yet strong in identity,” Joji shares. He describes each act through the tales of their discovery in moments of unsuspecting serendipity via dating apps, his time living in London and the United States, and close attention paid to those on the fringes of the music community, who contribute behind the scenes. Threading each artist together are the moments that Broth and Malani hold close – the nostalgic spirit of uncovering your favourite band as a teenager; stumbling across something so unexpected; the glee of being let in on a secret before anyone else.

Broth’s ‘Soup Kitchen‘ is an upcoming live music showcase of the label’s roster and more coming later this year. Stay tuned as Broth Records steadies to introduce its artist roster in the next few weeks. 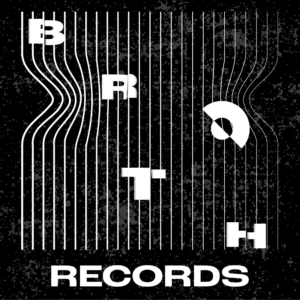