UK based duo Mt. Wolf have collaborated with Henry Green to deliver an emotive single in ‘Baja’. Written and released in conjunction with a film about a whale sanctuary based in Baja California, Mexico, this track is about showcasing the power of protecting the environment and the beauty in turning a once destructive place, into a place of sanctuary and conservation.

Born from a one night session in an attic studio in Malmesbury UK, the track uses a combination of huge keys and synthesizers with a reverberated vocal orchestration that is alluring and powerful. The song perfectly captures the enormous beauty of whales and also tugs at the heartstrings of any environmentally conscious human. It’s a flawless musical accompaniment to a feelgood story of conservation and demonstrates both artists’ knack for creating meaningful music. The track was mixed by Tristan Hoogland (James Blake, SG Lewis, Golden Vessel), and mastered by Kevin Tuffy (Headie One, Honne, Matt Maltese).

The corresponding film to this track, made by underwater cinematographer Perrin James, follows the story of the whale sanctuary in Baja California, Mexico, the second-longest peninsula on Earth spanning over 1200km. The film also features freediver Morgan Mathers. The film and the music work together perfectly and is an example of rich storytelling and the power that sound and visuals have in creating an emotional response.

Perrin says of the collaboration that “We had been filming this one for a while but the biggest missing piece is Morgan interacting with humpback whales and the wildlife down in Baja California. There is a grey whale sanctuary that used to be a place where they were slaughtered. We want to show that with protection there are little success stories around the world. There is another intertwining piece and that’s Morgan’s reconnection with Mexico and the people there. We want to show a reconnecting of cultures intertwined with a story of hope of these once endangered animals.”

This isn’t the first time Mt. Wolf and Perrin and Morgan have collaborated, previously working on a film for their track ‘Burgs’, which was particularly influential and inspiring to the yoga, mindfulness and wellbeing community around the world.

Mt. Wolf are a dream pop trio from the UK formed in 2011. The trio have always had a knack for creating dreamy, mystical pop music with an environmental edge and have worked with producers including Ken Thomas (Sigur Rós, M83) on their impressive discography. The band have amassed over 25 million streams across their releases and have worked with Henry Greenpreviously on tracks including ‘Tayrona’ which amassed over 1.3 million streams across platforms.

Henry Green is an electronic artist based in Bristol, UK with a history of stunning ambient music following his sophomore album release ‘Half Tide’. Henry Green has worked with Flying Lotus collaborator Andreya Triana and icon Bonobo on releases including ‘Tide’ which has seen the artist accrue over 70+ million streams across his discography. The album received praise from Clash Music, Line of Best Fit, NPR, Redbull and more. 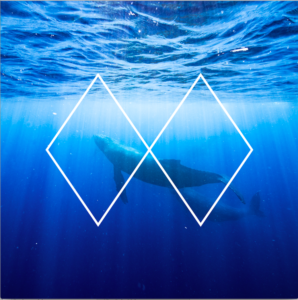