LA-based alt-pop singer-songwriter MORGXN has released the electrifying and anthemic lead single “PORCELAIN”, from his upcoming EP MERIDIAN : vol 1. “PORCELAIN” unfolds as a passionate refusal to deny your fragility, its defiant energy channelled in stomping beats and majestic gang vocals. In revealing the song’s inspiration, MORGXN points to the the time honoured japanese practice Kintsugi, “It’s a process where a piece of pottery breaks and they use a gold glue to mend it, and the broken piece is more valuable than the supposedly whole piece,” said MORGXN. “To me ‘PORCELAIN’ is about admitting you might fall apart and recognizing that showing up in the first place is the kind of strength that really matters.”

Immediately catching the attention of the ear through upbeat alternative-pop rhythms, the track metaphorically provides personal insight into the understanding of what a hero is to MORGXN. The vocal synched with a fun beat and catchy lyrics insists on motivating listeners to hop out of their seats, be brave and “dance in the wind.”

Animated by Dani Okon and features illustrations by Okon and Mina Walker. The music video for “PORCELAIN” was influenced by the idea of a broken superhero.

“I grew up thinking superman was the ideal superhero, but I realized how flawed it is to look up to someone who is literally perfect and indestructible,” said MORGXN. “To me – a hero is someone who might break but shows up anyways. Like in Kintsugi,  breakage and repair is part of the history of an object, rather than something to disguise.”

“Our character starts out in their bedroom. maybe real, maybe a dream… living an expressed life. when their “parental” figures come in to squash that. Between bullies and fear of being seen, they navigate their daily life. Their north star guides them to their own concert in the sky. Full of expression. Full of like minded people. Full of life,” said MORGXN.

In February 2021, MORGXN released the emotional ballad, “HOW DO YOU HOLD WHAT HURTS,” which was inspired by how 2020 tested and divided us all. Through an unprecedented pandemic and political unrest across the globe, MORGXN sings the lyrics, “how do you hold what hurts?”, begging the question – how can we start to heal?”

In June of 2020, MORGXN released the single “WONDER.” The first single hit over 2.3 million streams on Spotify with continued growth, culminating in 50 MILLION global streams to date. The song has also gone viral on TikTok, with over 5,000 videos using the track culminating in 25 million views across the social media app. MORGXN released a new remix EP, “WONDER [reimagined]” in November of 2020, collaborating with some of his favourite artists and friends, including PVRIS, Jagwar Twin, and Smallpools to breathe new life into “WONDER.”

Over the past three years, MORGXN has been writing music and collaborating with some of the industry’s finest, including releasing his debut album vital and a lush, acoustic EP vital : blue. He has also made festival debuts at Lollapalooza, Firefly, Laurel Live and Hangout Music Festival, as well as toured extensively alongside the likes of  XAmbassadors, Phoebe Ryan, Skylar Grey, Miike Snow, Dreamers, Robert Delong and Arizona. A re-recorded track of his song “home” featuring WALK THE MOON was released in 2018 and reached the top 10 at Alternative radio and Adult Alternative in 2019, while accruing upwards of 25 million combined global streams. Adding to the list of achievements, in March of 2020 Billie Eilish posted a list of five songs that inspired her Grammy Award-winning smash hit “Bad Guy,” including MORGXN’s very own “home” – the lead single from vital which was a Top 10 Alternative radio hit. 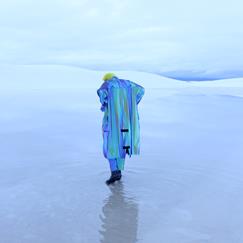 “PORCELAIN” is available on all platforms now.