Dripping With Contemporary Nuances,
The Brighton-Born Quartet Have Stimulated A Softer Frame Of Mind In This Ethereally Absorbing New Offering.

Pandemonium is the band’s second self-release to come out of the studio they’ve been building in Brixton. Their debut single ‘Sink to the Level’ released earlier this year was played by Tom Robinson as part of the BBC Radio 6Music Introducing Mixtape. Following up on the success of Sink to the Level, Midlight now present an intricate and dynamic song that builds on the atmospheric subtleties that they are becoming known for.

Coming out at the end of what has been a disruptive and chaotic year to say the least, the aptly-named Pandemonium feels like an appropriate bookend. The song was released on December 11th 2020, alongside some limited edition 7 inch records of the bands first two singles.

“These are the rare finds; the results of some kind of alchemy that isnt really born from technique or anything that can be formally taught, but rather something that develops over a number of years by some kind of osmosis” – I Said Yeah, 2020

Brighton born, the London-based 4-piece have a long history, starting out writing songs in the drummers bedroom after school. Built around the songwriting of lead singer George Ireland introspective lyrics meet subtle melodies and busy percussion to create a wholly distinctive sound. Having spent the past year piecing together their own home studio and playing on London’s live circuit, the band are now releasing a string of unheard songs. 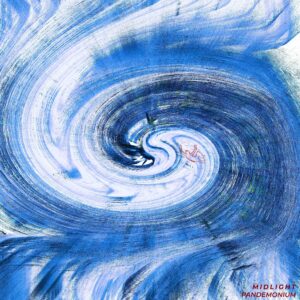